Good fortune had it that I got the chance to go to UC Berkeley as visiting research scholar. Here I am, working on my PhD on startup business model development. In the course of my research over the past couple of years, I have spoken to many Berlin-based entrepreneurs. Thanks to their openness, I got to know the many challenges and obstacles they face. For one, they have to deal with a scarcity of investors willing to invest in business models that do not promise for quick revenues. Second, when it comes to the founding culture in Berlin, the German fear of failure often dictates risk aversion. While the entrepreneurial scene itself is still growing, besides 6Wunderkinder, Berlin has only just started to write big exit stories. Lastly, German-based startups are often limited by policies and regulations, for instance, when it comes to data regulations.

Securing funding is not a piece of cake in the U.S. either

This in mind, I arrived in the Bay Area and started first interview rounds with founders, program managers of accelerators and incubators, and entrepreneurship lecturers.

One of the first insights I gathered was that securing funding – especially seed funding – is not a piece of cake in the U.S. either. To the contrary, the average entrepreneur contacts about seventy potential investors before a first “maybe”. One startup founder explicitly highlighted: “Only after I had spoken to number eighty, the first positive replies regarding our small investment of 250.000 USD started to come in.” Notably, and probably similar to Germany, many seed investments are made by the entrepreneurs’ close ties, that is, family members, friends, or – and that seems to be a recurring theme – by friends from previous MBA or postgraduate programs. Put differently, previous Ivy league students certainly have a competitive advantage when they start up their first companies.

At the same time, business models themselves seem to play a minor role in persuading investors. Instead, when I asked the founders about their primary goals, they emphasized they wanted to increase reach as quickly as possible. In order to attract their potential customers, they build on all kinds of marketing means ranging from online marketing to flyers, parties and events. Only rarely do they have their revenue model defined, even less so their target group or final value proposition. Generally, it is much more about proposing a potential value than capturing it. Additionally, independent of whether the business is about hardware or software, the sale of data is a primary objective. While the entrepreneurs seldomly have a clear plan for data capitalization, this does not seem to become an obstacle to obtain funding.

Once funding has been secured, a lot of the money is invested in huge marketing campaigns.  For instance, both Uber and Lyft have managed to establish a reliable network of drivers for private rides throughout the Bay Area. In December 2015, Uber was valued 62.5 Billion US Dollars and in January 2016, Lyft‘s valuation reached 5.5 Billion US Dollars. Following those valuations, both companies started to cross-finance their cheap rides. Both UberPool and LyftLine offer car rides shared amongst at least two clients that go into a similar direction. These riders profit from price drops up to forty percent. Put differently, great investments like the 500 million US Dollars Lyft raised this year, or the 2.1 Billion US Dollars Uber received past December – send a signal to the entire startup scene. That is, huge valuations are possible and generous marketing budgets can be of benefit to everyone!

On a meta-perspective, one could even presume these affordable rides help to transmit an overall founding optimism.

I have really come to appreciate the positive attitude and openness towards just “trying your luck with an idea”. We have all heard it before, and I will not go deeply into it again. Still, I confirm the positive attitude towards trying, founding, and even failing that shapes the Bay Area. Failure is not regarded as the end of the world but a chance to start afresh. At the same time, the scene is increasingly aware of falling stock prices and expects cuts in cash flows any time now. I have also spoken to auditors and venture capitalists, and they often believe that “no one can really estimate when the bubble bursts”. Even the best forecasters confess that their risk predictions will always be limited.

Yet, all this is quickly forgotten when you meet Mark Zuckerberg in Chinatown buying dumplings or pass by Marissa Myer’s house built amidst her altogether three Palo Alto properties. The chances to exit big – real big – are transmitted all around the Bay Area.

Meanwhile, regulations, policies and data protection remain topics widely ignored. About eighty percent of the founders I talked to intend to sell the user data they generate. However, they became really vague when I asked them about the safety of private user information. Common replies included: “We are just gonna accumulate data so that it does not say anything about a single person,” or “The user data will be entirely anonymized.” Additionally, and despite articles saying otherwise, I noticed that many people in the Bay Area are not aware of what happens to their data. It seems to be generally accepted that Google knows it all, Facebook rules every university campus, and Uber drives you anywhere.

Taken together, there is still much inspiration Berlin can get from the Bay Area. But the entrepreneurial landscape in Berlin has already come a long way, and with just a little more optimism regarding its own potential, Berlin will certainly be able to tell some great success stories of its own soon. 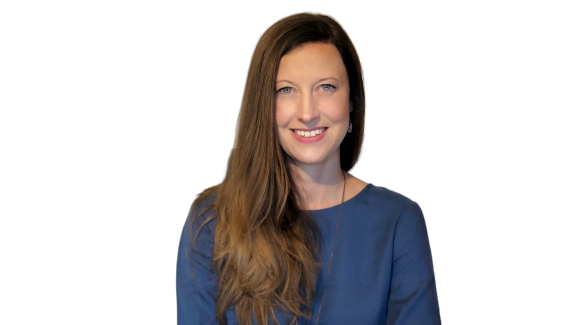