Formats are part and parcel of the global entertainment industry. In their local guises, programs like the exceptionally successful formats Who wants to be a Millionaire?, Idols and Big Brother amuse a global audience and link national media markets with international networks of media content production and distribution. To this end, formatted programs have to be both, iconic so to be easily recognized by various audiences and at the same time adaptable for a range of domestic cultures, languages, and habits. As such, the formats become a conspicuous test case for the circulation of cultural goods in digitally networked environments.

A workshop held at the Alexander von Humboldt Institute for Internet and Society (HIIG) in collaboration with CREATe, the Research Councils UK Centre for Copyright and New Business Models in the New Economy, University of Glasgow, brought together international scholars and practitioners to review the current and future state of format production and protection.

The workshop focused on three aspects: First, it looked at the changing production of program formats in organizational networks, trade markets, industries, and business models for broadcasting television and second screens like multimedia platforms. Second, it discussed the changing protection frameworks and policies as well as the agents involved in reassembling the protection of formats. Third, it asked how these two developments could be studied by comparison of different national and transnational media markets.

Overall, the workshop started from the assumption that the production and distribution of formats is a constantly changing business. Looking at the relations, frameworks and routines of making, trading, screening and watching formatted programs the workshop’s talks and discussions thus focussed on a range of interlinking dynamics: Looking at the producers there are international media mergers as well as increasingly diversifying parties, both involved in bringing formats into being. Then again, thinking about the legal status of the elements that make up a format, we  witness conflicting tendencies. too. On the one hand, there are strategies to reinforce the protection of formats and, on the other, ways of overcoming the growing legal walls. Moreover, the advent of social media affords new types of formats but also helps to diffuse and reorganize audiences.

Keynote: Food of Thought From a Market Perspective

In her Keynote, Susanne Stürmer, President of the Hochschule für Film und Fernsehen Konrad Wolf, Germany, introduced current market data. She pointed out that despite being an economically important and vibrant media market, there is only little consistent data available and shared among the different parties involved.

Judging from the numbers available, the stock of travelling formats is still growing. Germany, she pointed out, remains the territory with the highest number of format programs imported in 2013 while the UK is still the biggest exporter of formats. A range of aspects seem to explain this stable relation, namely the role English plays as a global language, the strong relation to the US-American media market and a distinct institutional framework and system of rights ownership favouring the original producers, thus fostering Britain’s first mover status.

With regard to the digitization and convergence of media technologies, content and organizations, Susanne Stürmer envisioned a palette of possible scenarios. Hence, there could be a growing danger of format violation, a revival of scripted shows or a higher demand for niche programs while the super-formats that dominated the first decade of the 21st century like Millionaire, Idols, or Survivor might loose some of their attraction (to some portions of the audience, at least).

Interestingly, despite its many reasons to fail, for example the lack of complete information and transparency, the dubious definition of what a format actually is and incoherent legal frameworks, nationally and internationally, format production and distribution are prospering. Therefore, setting a recurring theme of the workshop, Susanne Stürmer stressed that producing formats is, at its core, a creative practice. As such, it involves deliberate copying, licensed adapting and plenty of negotiations, in and out of court.

Theme 1: The changing production of formats

The production of formats and the types of audiovisual formats, the workshop assumes, interact with their changing technological, organizational and institutional environments. Hence it asks: what is the state-of-art in producing formats? And what is actually produced in these processes? What are activities, settings and relations for producing formats? Who is involved and what are their responsibilities? How is the production of formats organized? Who manages the relations of all the relevant parties?

Pinning down success factors of format production, the speakers in the first themed session developed different angles to view the complex networks that are enrolled to bring about formats. In this respect, Andrea Esser (Roehampton University, UK) stressed the importance of branding in the affective economics of marketing reality format shows like The Only Way is Essex. Apart from being television content, these programs are turned into brands that not only compete for a market share but also seek to engage users in emotional bonds. That is, creating a unique though adaptable format embraces many stages and adds a range of ancillary products and experiences. Through these ways of renovation, the circles of format original and imitation, Claudio Coletta (University of Trento, Italy) conceptualized in his talk, get even more twists and turns.

Looking at the value chain of format distribution, acquisition and production, Klaus-Dieter Altmeppen (Catholic University Eichstätt-Ingolstadt, Germany) explained the importance of routines and flexible relations in developing, circulating and reworking formats between different networks of originators, distributors, producers and broadcasters. Following up on that, Jean Chalaby (City University London, UK) pointed to the historic dimension of the format production as an international business. The driving forces, he argued, behind this globalized industry were, apart from the rise of the super-formats, the forming of a multi-channel programming market, the growth of an independent production sector and the globalization of information flows within the television industry.

Extending these circles, Philip Werner (UFA Labs) explained the chances and hurdles for UFA coming to terms with YouTube. Following the idea that YouTube as being celebrity and not content driven he listed some of the tasks, UFA as traditionally being a producer of formats for television screens has to address when working with online platforms for audiovisual content and second screens. Thus, it becomes essential to involve so-called YouTubers having successful channels without running the risk of loosing the channels’ alleged authenticity and directness. Moreover, interacting with the platform and its audience makes it necessary to negotiate with YouTube management and to communicate directly with the individual users.

Theme 2: The changing protection of formats

Although the production and trade of formats seem to be bedeviled by all sorts of problems they nevertheless work and work profitably, at least most of the time. Thus the workshop asks: what is the state-of-the-art in protecting formats? What are viable models to organize and secure the circulation of formats? Who is protecting (and to which ends? What (legal) instruments are in use? What other modes of ordering are made to function?

Protecting while relaying formats has, according to Albert Moran (Griffith University, Australia), come to take the form of franchising. As such, franchising has arguably become the prime way to extend business opportunities of that kind. Still, as other speakers pointed out, translating and localizing formats has to master the complexities of formats. Hence, Moran used the notion of the ‘intertext’ to refer to the number of adjacent industries successful formats engender like games, fashion, music, or toys.

From the perspective of legal counselling, Christoph Fey (Unverzagt von Have, Germany) extended, on the one hand, the scope of challenges, format trade is facing. Thus, he referred, among others, to the cultural differences hindering the remake of formats, the strong competition for convenient slots in the tight prime time schedules and the organizational needs that grow from perpetuating the success of the super formats. On the other, he identified several circumstances that nevertheless render it possible to bring about stable and successful business exchanges. Although the legal protection of formats is rather far from straightforward, the close interactions, shared norms and dependencies help to sustain reliable relations. Thus, while there are a number of conflicts about copycat productions, these conflicts are usually settled out of court, which does, however, not mean the law is insignificant. Rather, Fey argued, are these disputes arranged ‘in the shadow of the law’ leaving the potential to formal legal actions with the risk of financial and reputational loss.

In the same vein, Martin Kretschmer and Sukhpreet Singh (CREATe) showed that lawsuits are, by now, declining as disputes are settled elsewhere. In their overview, they thus mapped the range of empirical forms of strategies that work in association with intellectual property (IP) law or that fulfil functions associated with IP through other kinds of ordering mechanisms. Hence, they detailed the formalizing and transacting of knowing how, the managing of a brand and the setting up of distribution dynamics and industry conventions as effective ways to protect formats.

As the fabrication and circulation of formats is, arguably, a key driver of the internationalization of media business, the workshop centres on questions of how to compare different markets and legal systems. So it asks: how can strategies and environments to produce and protect formats be reproduced? What elements in different local contexts can usefully be compared? How can we make sense of the differences and similarities between different constellations?

Considering the role, copyright legislation plays for different forms of innovative work in the arts and sciences, Jessica Silbey (Suffolk Law School, USA) developed the idea of what she called „leaky IP“. That is, in her interviews with authors, musicians or pharmacists she seized a misalignment between proper copyright and understandings ‘in the field’. Therefore, the actors reflected about their creative practices where they both underenforced and overexpanded the scope of US-American intellectual property law and this for functional reasons so to make profit, build relationships or enhance their freedom.

Then, Oliver Castendyk (Potsdam University and Producer Alliance, Germany) related the existence of rights to protect formats to a specific situation of production, namely, the form of commissioned productions, which has now lost significance in the Anglo-American context but still prevails in the German market. There, broadcasters commission productions from producers and acquire the rights to air the program and re-sell it to other markets.

The intricacies of such international chains of circulation and remaking were disentangled by Lothar Mikos (Hochschule für Film und Fernsehen Konrad Wolf, Germany). Using the example of Ugly Betty he traced the associations between licensed adaptations, illicit imitations and remakes of such remakes. Revisiting this particular case, he noted that the original show initially aired in Colombia was not planned as a format but that only in a second step the fictional program was formatted to work in other cultures too. How such localization happens in detail, was finally showcased by Sukhpreet Singh (CREATe) who considered the junior version of the Indian adaptation of the Idol as a culturally specific recreation.

These multifaceted perspectives brought about inspiring conversations on the production and trade of formats crossing disciplinary boundaries. Over the course of the two days, the workshop thus sketched a thick description of the interlinking economical, technical, legal and social dynamics in this field. Given its economic and cultural prominence combined with its conspicuously heterogeneous modes of coordination, the format business is increasingly seen as an instructive site for studying the circulation of cultural goods in digitally networked environments.

Over the course of the workshop, a couple of  possible collaborations were already discussed among the  interdisciplinary group of participants. The hosts of the workshop, HIIG and CREATe, agreed to jointly develop an international research framework addressing the interlinking dynamics and modes of coordination in the creative industry. 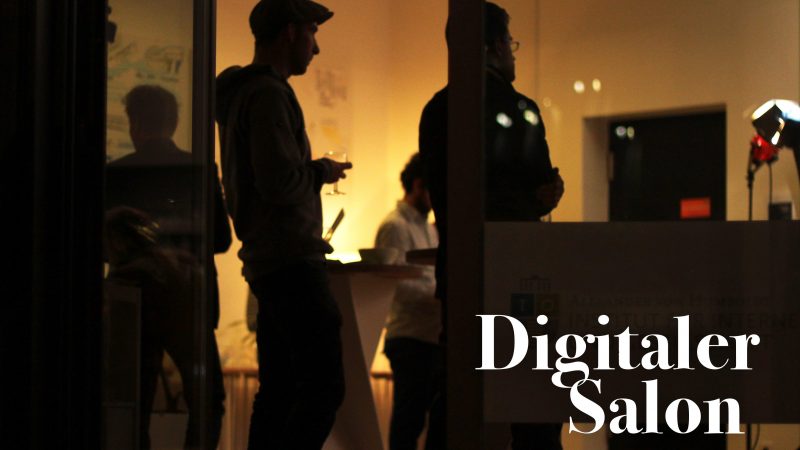 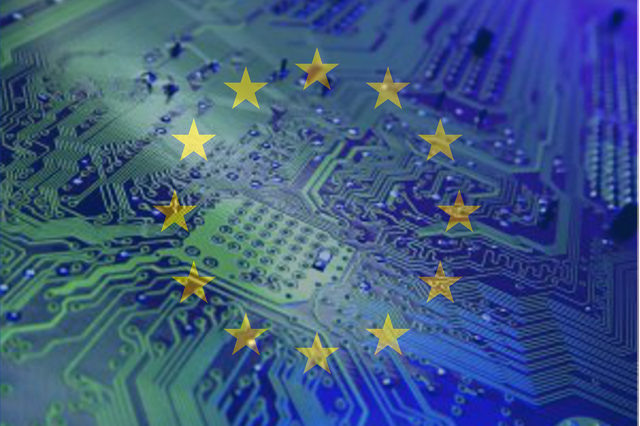 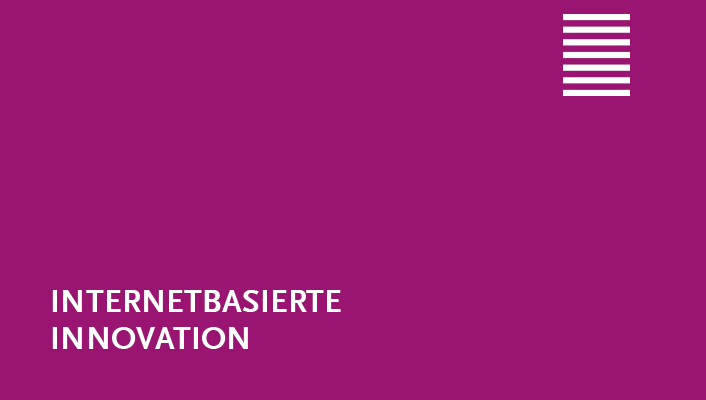 “We’re adding a little something to this month’s sales contest. As you all know, first prize is a Cadillac Eldorado. Anybody want to see second prize? Second prize is a…