Concerns are growing about the negative impact of commercial platforms on society in general. Think of the fierce protests by cab drivers against Uber or the critique of Amazon’s competition and data strategies. So how can platform users be shielded from unjust disparities in wealth accumulation or other disadvantages in the digital economy? And how can platforms coexist harmoniously with society?

Cooperatives can have a beneficial role in the digital platform economy. Michael Denga suggests that they can be conceived as means of alternative regulation, thereby shielding market innovators from excessive regulation and at the same time empowering users as owners of platforms.

Light and shadow in the digital duchies of platforms

“Platforms eat the world”, the proclaimers of the “Platform Revolution” claim. They are conquering trade and constitute powerful “Digital Duchies”. They are taking over traditional firms by providing hitherto-unheard-of benefits for consumers and businesses. Platforms are facilitating markets and offering infrastructure for interactions between producers and consumers of goods of all kinds. They are also redefining markets and improving product quality. The platforms’ strengths relate to their network effects. Their usefulness increases exponentially, even if the number of users only increases linearly. After reaching a tipping point they can experience hyper-growth to the extent that competitors cannot catch up. Monopolies can result. This is why governance decisions impact the entire market, causing it to blossom or fail.

Bad governance by leading platforms can lead to market failure. This is a classic case for state intervention. Regulation, however, is not an easy choice. According to neoliberal theorists, state intervention is prone to “regulatory capture”, that is, bias in favour of existing influential businesses. And because of the complex and novel dynamics of digital platform businesses, regulation is a delicate issue. It may hinder platforms from creating great innovations. Therefore, prohibitive regulation must be the last resort. Owing to technological change, the regulatory focus has shifted to alternative modes of rule setting, such as co-regulation and private standards. Self-governance and self-responsibility are central notions in system design. However, at EU level, there is continuous pressure on platform businesses, not only due to competition law but also because of new pieces of regulation such as the P2B regulation or the German Network Enforcement Act (NetzDG). Now, more than ever, it seems crucial to reassess the independence of market participants to avoid unnecessary regulation.

Cooperatives could form part of an overarching regulatory approach for the digital platform economy. They can strengthen their members’ economic autonomy. If cooperative platforms are successful as alternative or complementary marketplaces, poor governance of commercial platforms could have less impact and require less prohibitive regulation.

There is no such thing as a unified concept of cooperatives internationally. The German model, however, offers a structure that could serve to empower users in the platform economy. Four structural features suggest so:

Those characteristics are fundamental features of German cooperatives and may not be negated in their articles of association or shareholder agreements.

How can cooperatives compete?

Despite these characteristics, cooperatives may struggle to survive in competitive markets, where charismatic and centralised leaders can guide firms through legal grey areas. Their democratic structures render potentially efficient minority rule impossible. Nevertheless, the management of cooperatives can be professionalised. And even if cooperatives lack the funding of venture capital funds, they can raise money in the cooperative ecosystem, where there are cooperative banks and where fairness may be valued as an investment criterion. Cooperative platforms could attract users and funds by explicitly bearing a fair trade label – as is currently the case for some supermarket products. Perhaps most importantly, the idea to own a share in the platform and not only to be its user might be appealing to entrepreneurs and consumers. Behavioural studies have proven the benefits of the so-called endowment effect. Owners care more and do better.

This may all sound good in theory, yet, in practice, there is not much sign of cooperatives in digital business. But this is precisely why supporting this model can be a meaningful way of regulating and an alternative to restricting existing platforms. As with any other novel structure in the digital environment, cooperatives face a chicken-or-egg dilemma. Who or what comes first, the fair platform or its members? Unfortunately, few regulatory bodies overseeing cooperatives are up to the task of digitalising business. So, it is crucial to improve these if cooperatives are to enter markets dominated by highly competitive and shareholder-value-driven platforms. There are also other urgent reforms needed to underpin a digital drive by cooperatives, such as the simplification and harmonisation of the EU regulation on cooperatives and a rehabilitation of their reputation as an old-fashioned socialist instrument. Indeed, they are not – they just may give back a higher share of value to users while maintaining innovation in the market.

More on this subject can be found in the author’s article “Genossenschaften in der digitalen Plattformöknomie – Selbstverantwortung als Mittel Europäischer Plattformregulierung“, Zeitschrift für Geistiges Eigentum 1/12 (2020). You may also have a look at the other articles on the HIIG Blog about cooperatives and platforms and HIIG’s Digitaler Salon series about cooperatives.

Michael Denga is a post-doctoral researcher at Humboldt-Universität zu Berlin with a focus on intellectual property and corporate law. He’s particularly interested in novel forms of organisation as well as in questions of the knowledge society and digitalisation. 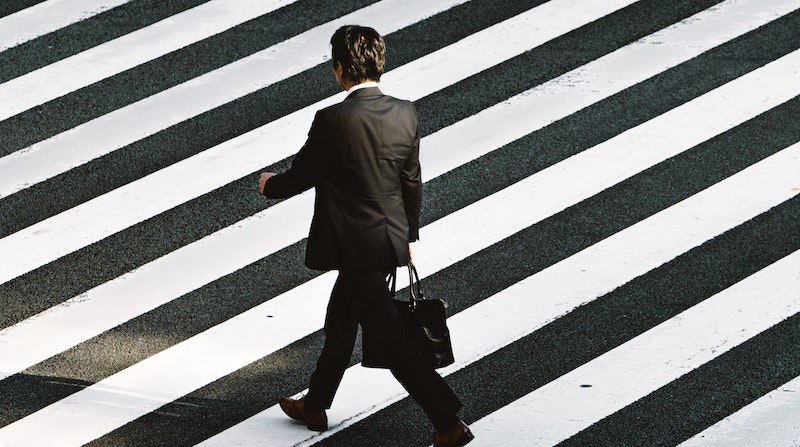