An interview with Florian Süssenguth, Fellow Researcher at the HIIG in 2014. Florian is a PHD candidate at the Institute of Sociology at Ludwig-Maximilians-Universität, München. In his doctoral thesis he explores the German discourse on Netzpolitik (net politics and net policy). The interview was conducted by Jeanette Hofmann.

Jeanette Hofmann: In 2014 we saw a growing number of references to the digital society. What does this new label refer to?

Florian Süssenguth: It refers to two entwined questions: How do digital media change the structure of society and how can we make sense of these shifts? The label of digital society is a tool that can aid us in our attempts to chart a course through social phenomena once familiar but now turned terra incognita due to digitisation. As scientists we have to avoid the trap of confusing the map with the territory, though. The relevant question is not whether our society is truly a digital society but what comes into focus when this conceptual lens is used and more importantly, what remains hidden in blind spots? Comparing the digital society label to others – web 2.0, industry 4.0, big data, just to name a few – is about empirically reconstructing their very real effects. The question then is, how do the implicit assumptions contained in the various labels affect politics, organisations or the public sphere? It is an approach, which is more in line with Foucault’s notion of positivism than Popper’s.

JH: What characterises the digital society and what do you see as major differences to the analogue society (should that be its predecessor)?

FS: I think it is indeed looking for the opposite of a popular term that can teach us quite a lot about it. In the same way that the web 2.0 retroactively invented the web 1.0 to make sense, the analogue society is twinned with the digital society. This is why, as social scientists, we should ask what practical purpose the distinction between the digital and the analogue society serves today instead of trying to identify the precise point in history when one changed into the other. We then see that talking about the analogue society enables imagining an unambiguous past, undisturbed by digital media, which constitutes a mode of reflection in an unclear digital present. Paradoxically the image of the analogue society, from this perspective, is not about the past itself, but part of strategies aiming to manage the future in times of crumbling routines.

JH: The spread of digitisation seems to be accompanied by pervasive surveillance, be it by governments or by corporations. Is the connection between digitisation, control and monitoring an inevitable part of the digital society or can you imagine a different future that would respect traditional principles of autonomy and privacy?

FS: We definitely see that some ways of maintaining the boundaries between social spheres lose their effectiveness in times of ubiquitous digital media. Being separated by distance no longer prevents us from affecting each other. Sensors, digital storage and means to analyse data begin to transform the form of social memory. At the same time, the metaphor of the network, which has gained much prominence within the social sciences and in public discussion, contains one aspect that is often overlooked: a network is not about connecting everything to everything. Its shape is determined by its holes instead, the possible but not formed connections. Individuality, autonomy and privacy are all concepts that do not imply being entirely disconnected. We have to understand autonomy and privacy as social forms, which regulate how persons are included in society. They themselves are products of historical constellations. Thus, privacy is neither an unchangeable part of human nature nor predetermined by the media. So, while I doubt that traditional forms of autonomy and privacy will survive unchanged in a digital society, they are a valuable resource in the search for new modes of managing being connected in a way that carries positive connotations such as solidarity, community or appreciation.

JH: Speaking of modes of being connected, are we, the people, shaping the transformations associated with the digital society and, do you expect digital societies to preserve the idea of democratic self-determination?

FS: It is my privilege as a scientist to have the freedom to answer the first question with anything but a resounding yes. For a politician this would be incommensurably more problematic to do. The tragedy of the political system is that it can only conceive of itself as being the centre of society. Theories of modern society reveal that it has no centre, though. It is better understood as a heterogeneous network of different modes of order; in other words the political system presents itself as the keystone that integrates society although it actually is not anymore integrated via the consensus of the people. My research into net politics shows that the counterfactual self-description of the political system is able to adapt itself to a digital society so far. Politicians and political organisations successfully experiment with forms of participation and representation through digital tools. The rise of the Pirate Party, a result of the widespread criticism of the digital incompetence of politicians, shows how hard it is even for critics to escape the gravitational pull of the democratic logic. This logic assumes that societies govern themselves through consensus or majority voting. Getting back to the question as to whether I think we, the people, shape the digital society? To quote the Simpsons: “Short answer, ‘yes’ with an ‘if’. Long answer, ‘no’ with a ‘but’”.

JH: Do you expect a shift in the power balance between governments, citizens and corporations?

FS: There will definitely be shifts as the playing field itself is changing. We will have to take a very close look at the interplay between the increased mobility of data due to its commodification and the specific forms of data hunger, which arise when established social practices ranging from private life to highly specialised fields are confronted with the possibilities offered by digital media. Securitisation and neoliberalism are prime frameworks for investigating potential digital power shifts. Yet, we should also take a closer look at the sciences’ desire for more data or the potential of, for instance, location-based services to turn romantic love and family life into a digital panopticism.

JH: How should social scientists investigate the pending digital society?

FS: No phenomenon we study exists in a vacuum. However, this does not mean that everything is connected to everything else. Against this background, a theoretical and methodological framework is needed, which is able to trace how digital media transform the modes of connection and disconnection between economic, legal, political and other contexts. To pursue this aim, we have to conceive of the digital society as a productive algorithm, which allows us to innovatively recombine the data we generate in our studies. Doing so reveals forms of managing boundaries and drawing distinctions, which are opaque to the social actors themselves. Our contribution to solving the challenges of digitisation then does neither consist in the flat retelling of our observations nor in unmasking strategies of dealing with the digital revolution as inadequate. Our task rather consists in making visible how many different and often mutually exclusive ways of creatively dealing with the uncertainty of the digital future exists and in explaining how it is possible that they all coexist within the same society. 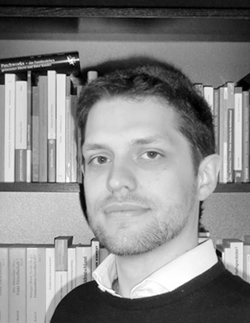