INTERNET RULES! – Call for Papers for the AoIR Internet conference is open

At the 17th Internet conference AoIR hundreds of international Internet reseachers, activists and artists will gather in autumn in Berlin to debate the topic “Internet Rules!”.

You are now able to submit scientific and experimental papers and event proposals (all in English) on http://www.aoir.org. Submissions are open until 01.03.2016.

The 17th annual conference of the Association of Internet Researchers, a transdisciplinary Internet conference ​will take place at Humboldt-Universität zu Berlin, Germany on 5 – 8 October 2016. You are cordially invited to submit your proposals for papers, panels, workshops, roundtables, and other experimental events for the AoIR 2016 via the AoIR website http://www.aoir.org. This year the Alexander von Humboldt Institute for Internet and Society and the Hans-Bredow-Institute for Media Research have been announced as conference hosts.

The conference will be opened by a Keynote speech by José van Dijck, president of the Royal Netherlands Academy of Arts and Sciences (KNAW) and former Dean of the University of Amsterdam. Her most significant publications include “Mediated Memory in the Digital Age” and “The Culture of Connectivity. A Critical History of Social Media”.

AoIR 2016 will emphasise the regulation of the Internet at various conceptual levels. The conference theme “Internet Rules!” addresses the significance of the codes and rules that frame the Internet, as well as their playful circumvention, from technical protocols and popular platforms to the emerging, established, and contested conventions of online communities. Who are the actors in both the practices of rule-making and rule-breaking, what are their motivations and resources, and how can their power relations and communicative figurations be described? How does the Internet influence the proliferation of the values that its platforms, services and infrastructures embody, and what spaces of creative resistance persist? How do various forms of technical, social, and cultural hacking subvert these orders?

The committee extends a special invitation to junior researchers and practitioners, who have previously not participated in an Internet Research event to submit proposals.

Topics could include but are not limited to:

The Alexander von Humboldt Institute for Internet and Society (HIIG) explores the dynamic relationship between the Internet and society, including the increasing interpenetration of digital infrastructures and various domains of everyday life. Its goal is to understand the interplay of social-cultural, legal, economic and technical norms in the process of digitisation.

The research conducted by the Institute focuses on mediated public communication: today, the different types of mass media shape people’s everyday life, politics, the economy as well as culture to a greater extent than ever before. Understanding the underlying determinants, assessing future opportunities and risks, and providing orientation for the actors involved – are the main focus of the Institute’s research. 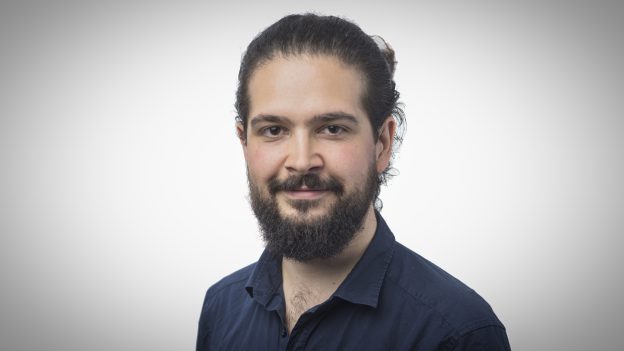