When you read the mission statements of big technology companies, you will find a lot of big words. Google writes about “organizing the world’s information and making it universally accessible and useful”, Amazon aims for the “digital empowerment of customers and businesses”, and Facebook wants to “give people the power to build community and bring the world closer together”.

For many, however, critical questions quickly arise here. If Google was committed to organizing and making the world’s information accessible to everyone, why would they be secretive about all the data collection going on? How can you feel empowered buying of Amazon, when the company’s workers in its logistic centers aren’t even allowed a pee break? When was the last time you felt Facebook building a community rather than being a platform for dividing people?

Once upon a time

These original visions were largely inspired during a time when what was to become big tech was a community of small-sized firms that were acting in a decentralized, dynamic, and fluid environment. An environment that was predestined to spark a series of innovations in the early days of the internet and propelled these firms to riches and fame. A lot has changed since those early days.

Visions, originally invented by a group of young entrepreneurs that truly believed in them, have now seemingly become mere marketing slang that covers up the true intentions behind the work of these companies. While externally one might choose to believe these statements or not, internally they play an important role in creating a shared identity within the workforces. Thankfully humans are very efficient at coping with paradoxes uniting behind a shared vision of changing the world while in fact the underlying organizational culture is driven by the insatiable need for exponential growth.

The awakening of a modern-day workplace panopticon

In this regard these mission statements and the kind of visions they foster within the workforce can be argued as one of the central reasons why these companies get away with unsustainable organizational cultures. While on campus sushi bars, nap pods, and yoga classes seemingly sound like great  workplace benefits, this new kind of work-life integration tends to encourage long working days, visible busyness, and the lack of true time off. This is a well thought through social experiment, a kind of opium for the workforce, to see how close people can be driven towards a burnout without it actually setting in. When this on-campus organizational culture with open-floor plans and integrated work-life models is paired  with digital technologies one quickly arrives at a mock-up of a sort of modern-day workplace panopticon. Its lone measure of success being shallow definitions of the productivity of modern-day knowledge workers. In this sense the 2013 case of then CEO of Yahoo! Marissa Myers’ banning work from home because Yahoo’s workforce did not check their emails regularly enough during home office hours was nothing but a precursor to things to come. The Brookings Institute saw a rise in workplace surveillance through a variety of digital solutions such as keyloggers, video surveillance, attention tracking, email and social media tracking, and our beloved collaborative tools such as Slack providing deep dive data analytical tracking. A trend that has only been accelerated throughout the on-going pandemic, which under the guise of the home office boom and health tracking saw yet another increase in the use of surveillance technologies.

What was the trigger for this shift?

Looking back, the current organizational cultures found in big technology companies are merely a shadow of the dynamic, and decentralized firms that kickstarted the rise of Silicon Valley’s tech companies in the 90s. How did the favor for creating ground-breaking ideas and products truly empowering consumers and workers alike get exchanged for the kind of shallow, growth-driven, busyness focused, work-life integrated organizational culture prevalent today?

There’s an argument to be made that it is simply not necessary for these big tech companies to value the kind of innovation brought about by deep work over superficial busyness and shallowly defined productivity. In fact, now that these companies are dominating the market already, most of their focus is to stay on top, which means running the company like a well-oiled machine that crushes everything in its way. It turned from “move fast and break things” to let the others innovate and we break them, defeating the competition before it arises. For this machine to run smoothly it is not in the companies’ interest to have the workforce thinking too much.

How much free thinking for true change and innovation is valued was exemplified by the case of Timnit Gebru, who famously got fired by Google after here critiquing the biases found within Google’s AI algorithms in a research paper. This case shows how big tech companies are looking to streamline their workforce along the growth-driven company goals, while using the “mission” as a tool for alignment. Like outside competition, challenging and competing ideas brought up by the own workforce are being crushed at spawn to make sure nothing stands in the way of continued market dominance.

Is there any hope?

How can we expect companies that are treating their own workforce as mere productivity machines, driving the insatiable thirst for growth and shareholder value to treat their customers in any similar way? For their workforce it is the sushi bars, the nap pods, and the yoga classes that lull them into accepting their employers’ extractive organizational culture. For the masses it is the seemingly free services of Google Docs, the Instagrams, and Facebooks, the Amazon Web Services, and the like that lull us into accepting these companies extracting our data for their own benefits. The resemblance of internal organizational culture and external ambitions becomes quickly evident.

While changing the organizational culture of big tech companies that despite all kinds of fancy marketing statements deep down do not truly want to change seems an almost impossible task (as we saw with Timnit’s case even the smartest and most dedicated people failed at doing this) there seems to be hope. Companies like Netflix embrace a radically different company culture, which gained recognition after its internal slide deck “Netflix Culture: Freedom and Responsibility” got publicized (Slide deck here).

You can check the resulting company culture statement here.

This company culture statement values the workforce’s own judgement, and gives freedom where it needs to be, while at the same time sets clear and strict rules when it comes to questions of ethics, safety, harassment, and information security.

All this to say that there is hope in thinking and approaching internal organizational cultures and their outward reflections in a way that empowers the workforce and the customer base. To put it in the words of a famous Silicon Valley entrepreneur:

“When you give everyone a voice and give people power, the system usually ends up in a really good place. So, what we view our role as, is giving people that power.”

Maurice Jones is an AI policy researcher and curator based in Montréal and Tokyo. As a PhD candidate at Concordia University in Montréal and Fellow at the Humboldt Institute for Internet and Society in Berlin he investigates cross-cultural perceptions of Artificial Intelligence and their impact on AI governance in Canada, Germany, and Japan. Maurice is an active curator running the digital arts festival MUTEK.JP in Tokyo, and involved in the MUTEK Forum in Montréal. 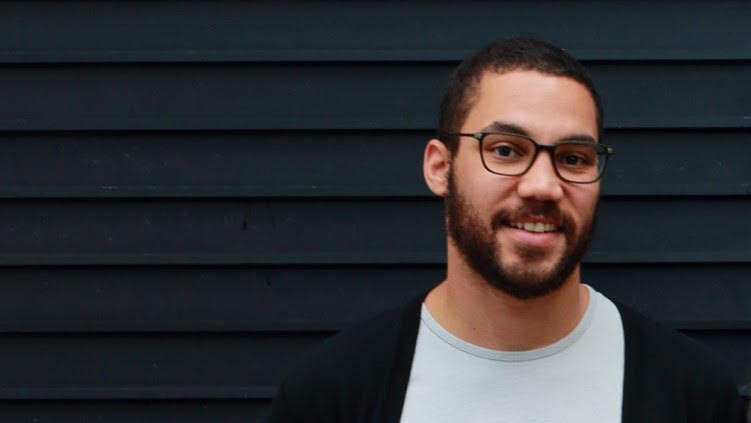