Why Netflix started only now in Germany

A few days ago the US-streaming service Netflix started in Germany. It will turn out if the broadly discussed, long expected and from many dreaded service is able to fulfill its diverse expectations. For many journalists and industry representatives Netflix, that is well known for its award-winning series House of Cards, Orange Is The New Black or Lilyhammer, stands for nothing less than the possible carthatic revolution of the (German) TV- and film market, which is often criticized for its lack of quality. From another perspective the fear of this new competitor was articulated at the media forum Nordrhein-Westfalen in May 2014. Some market insiders suspected an unbeatable competition of German TV, which cannot be replied because of absent antitrust approval.

This article does not want to sum up all of these topics, but shed light on the economic strategies behind the market entry and especially on the specific moment of market entry. According to this topic, many articles have been published as well in German newspapers. Many of them remind on the allready well-developed German market (Amazon Prime, Sky Snap, Maxdome, etc.) and recall the difficulties Premiere had to establish Pay-TV in Germany not much more than ten years ago before it crashed in 2002. One of the reasons may be the broad supply of free high quality television in contrast to the US-market. Only two years ago the start of another service in Germany, watchever, was wishfully expected, but couldn’t fulfill the enormous expectations and is now possibly going to be sold from the French owner Vivendi.

To shed light on the economic strategies Netflix is operating with it seems to be worth to have a closer look at the firm’s history. Founded in 1997 as a video rental service the company expanded rapidly and had about one million subscribers at 2002s IPO. When Netflix first entered a foreign market, Canada, it has expanded its service to online video streaming via the internet and had developed complex mathematical recommendation systems to offer its customers high quality content. In the same year Netflix was able to increase the number of subscribers to 63% at 20 million. Next year the company entered the south-American and in the 2012 the British, Irish and Scandinavian market. Just before Netflix was launched in Germany, Autria, Switzerland and France it reached the number of 40 million customers worldwide. The aim of the company is obviously a global, which is not a big surprise for a service that relies on subscribers in the highly competitive US-market and therefore depends on expansion.

Coming back to the main topic it is to be questioned why it took so long to enter the biggest european market? And the answer is hard to give according to the following thoughts. From the business administrative perspective there are two different strategies to find the right moment of market entry.[1] On the one hand there is the first mover strategy, of which the launch of Lovefilm in 2003 is an example for the German VoD-market, and which profits from the lack of technological comparable competitors. According to this strategy, companies try to gain a competitive advantage especially in securing rare resources, setting technological standards or creating a positive image of the company. On the other hand, these companies are not able to implement experiences already made. Considering the already mentioned difficulties Premiere had, show the risk Netflix is facing as a follower to establish a paid service besides the obligatory TV licence everybody has to pay.

However, the existing video-on-demand services in Germany are not generally succesful like the example of watchever demonstrates. Regarding the user perspective many services are not able to satisfy the needs for example content in original language.

For companies who don’t follow the first mover strategy, but profit from the freerider effect there also can a few advantages by entering a market afterwards. Maybe the pioneering company has already eliminated some scepticism facing the new product. in addition Netflix could profits from the mistakes other companies have made. One factor that is described in the literature is that first mover companies might not develop their succesful product due to idleness.

From the scientific perspective of statistics assumed that the first mover strategy shows a better probability of success.[2] Later on in the 1990s this theory was neglected[3] and now there seems to be no statistic advantage of one or the other strategy of market entry.[4]

From the subjective perspective of the author of this article the actual supply of content from the German Netflix service is not yet overwhelming, but it shows some expertise in the choice of content which most of the competitors don’t provide. It remains to be seen though how the variety and quality of content is going to be expanded. As Ted Sarandos, the chief content officer of Netflix promises in an interview, the range of movies is going to be expanded on the basis of detailed user behaviour analyses, one of the main assets Netflix developed.

As a conclusion it is hard to make exact projections about the probability of success for Netflix in Germany, but there are some positive indications for the success as mentioned above. Another one is that the pay-TV provider Sky is able to be in the black and therefore has prepared the market. At least the massive media and press attention attending the start in Germany must have reduced the marketing costs of Netflix significantly. 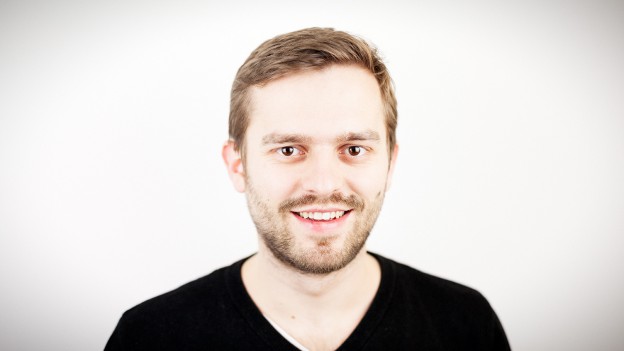