In the leaked draft White Paper on the possible EU copyright reform, the European Commission seems determined that there’s no need for a new exception for user generated content (UGC). A new exception would bring clarity to UGC, which currently often goes hand in hand with copyright infringements. But according to the paper, UGC’s “success shows that there have not been significant market failures. There is a lack of evidence that the current legal framework for copyright puts a brake on or inhibits UGC”.

Readers of the 1709 Blog expressed a very different view in a poll (N=365), with over ⅔ of respondents believing that their should be some kind of exception for UGC. Only 15% of the voters agree with the Commission (another 15% reject any further exceptions whatsoever), while the rest would like to see a specific exception for UGC (20%) or even a flexible fair-use exception (48%).

The main issue: What is UGC?

That is a question the Commission left unanswered. A clear definition of the phenomenon is important, though; without one, it’s difficult to support the statement that there aren’t any problems around the phenomenon that require regulatory action.

So let’s piece together what we get from the draft White Paper. In a footnote, the Commission notes what they don’t consider UGC: “[W]hile no precise definition of UGC has yet been established, the mere sharing of existing copyrighted content (‘file-sharing’) does not constitute the creation of a new work. Nor does it imply a transformative use.” An important element, then, appears to be the use of existing works in a creative or transformative way that leads to the creation of a new work. So far, in copyright terms, that gives us little to distinguish from any other kind of derivative work.

The standard case the Commission appears to have in mind is that of users taking videos they have made or transformed and uploading them onto online platforms, perhaps generating remuneration with this practice. The question of commercial / non-commercial uses seems not to play a role (unlike in Canada, where an exception for non-commercial user-generated content has existed since 2012). To the contrary, the Commission identifies the capacity of UGC to become one of “the main distribution channels and sources of remuneration for certain types of content” as a major advantage – namely for rights holders that draw new audiences to their work.

But the Commission is silent on a central question implied by the term “user generated content” itself – who generates this new work? Is it just an individual, or could it also be a group of people? And in what way are they a “user”? Just any internet user, or a user of the specific work they then transform? Are “professional” uses excluded, and if so how exactly do we distinguish them from unprofessional yet commercial uses?

Of course, others have had a go at defining UGC to make it workable in a copyright context. Some of the definitions generally exclude commercial uses (Bauer 2010), but the Commission appears to have a broader understanding of the term. In an input paper for the Council of Europe Baku Conference Dobusch considers “people actively engag[ing] in content creation and mak[ing] their works accessible directly to the public” to be user-generated content, while noting that this often includes the “re-using and transforming pre-existing copyrighted works”. Nevertheless, many of the questions above remain unanswered.

What is the legal status right now?

What all the above-mentioned interpretations of UGC have in common is that pre-existing copyrighted works will likely be modified, copied or built-upon in the process of creating it. This implies that a whole range of exclusive rights of the copyright holder are affected. Thus, in Europe, with our closed list of possible (yet often not mandatory) exceptions listed in the InfoSoc directive, a lot of these cases will constitute copyright infringements if the creators don’t get a license beforehand. At the same time, it is complicated for the user to understand which law applies and whether that member state has copyright exceptions that may help his case.

The leaked White Paper encourages easier licensing schemes and the use of metadata for those cases where current exceptions don’t cover the type of use. For example, a user seeking to incorporate a pre-existing film work in his creation in a way that is clearly outside the exceptions for quotations may need to ask the rights holder for permission first. That is only possible if that rights holder can be identified and contacted, which makes it important that information about the (original) author is embedded in the work as metadata. As noted on Netzpolitik, the trouble with depending on this solution is that it relies on contracts being concluded “directly between the UGC-hosting platform and the right holders” (European Commission 2014), thus leaving out UGC creators that don’t make use of commercial hosting services.

There are several proposals about how to best deal with the uncertainty and legal grey areas associated with UGC. As mentioned above, the Commission advises to “clarify the application” of existing copyright exceptions and the cross-border issues, while encouraging licensing-mechanisms and the employment of metadata.

Others call for an exception, be it a UGC specific norm like the Canadian exception mentioned above or a general bagatelle clause (Dobusch 2014) that serves similar means as a fair use clause. Of course the US model of such an open-ended fair-use exception is also an option, as the 1709 Blog poll results suggest. This last option’s popularity may also be connected to the fact that, in the absence of a standardized definition of UGC, the term implicates a lot of very different cases that can partly be covered by existing copyright rules. This makes it more difficult to envision a single specific exception. In any case, a first step should be to find a common European understanding of what UGC is in copyright terms and how it relates to existing legal concepts and exceptions. 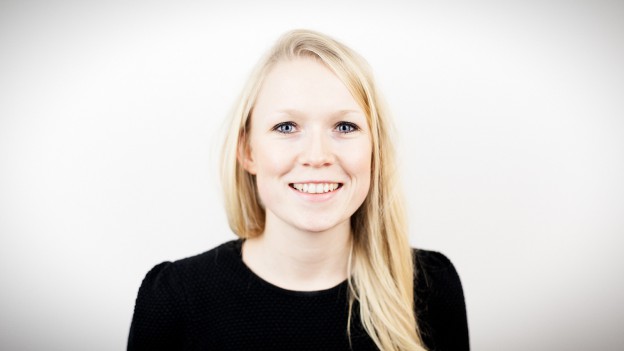