In an article recently published in Frankfurter Allgemeine Zeitung concerning the parliamentary discussions of the surveillance activities of the British secret service GCHQ, Sir Menzies Campbell, member of the House of Commons, defended the obstructive attitude of the British Government with regard to the initiative of the federal chancellor Angela Merkel in favour of an European no-spy-agreement. According to Campbell, Great Britain is exposed to more severe security threats than other member states of the EU, which justified broad surveillance measures in other European countries to protect British citizens. If other countries did not make the sufficient endeavors with regard to their secret services, care had to be taken to protect ones own interests.

In principle, Mr. Campbell is putting forward a lack of trust in the effectivity and efficiency of foreign intelligence services concerning issues, which are of interest for the security of British citizens. Europe found itself in a similar situation, though in a different historical context, during post war period of the 40s and 50s of the last century. Fear from repeated aggression of Germany as the “superpower” in the Center of Europe was very widespread. The solution was found in the communitisation of the national industries for coal and steel, which were essential for the production of armament. By transferring sovereign rights to a supranational institution secret armament of individual member states was to be made impossible and trust could be recreated.

Indeed, fear of secret operations existed at that time, whereas today inactivity of the European neighbours is feared. Both cases have the lack of trust in common. In the age of the War on Terror the object of fear has changed. The menace is felt no more coming from the European neighbour states themselves, but rather from potential harmful individuals within . A possible solution might consist in an agreement on closer cooperation – instead of prohibiting secret service activities within the EU, which is doomed to fail from the beginning.

In the long run, confidence in reliability of European partners might be strengthened.

Even though it might appear that already now there is an unregulated cooperation of security services in particular by passing on relevant information at their own discretion, the amount and reach of the activities of foreign secret services remain intransparent not only for the public but also for the secret services of the European neighbors. Possibly, the pure knowledge of the British on the extent of German secret service activities may result in more confidence and thus in less of their own activities in Germany. Common, transnational programs might prove to be more effective.

Art. 4 II 3 TEU does not hinder such a cooperation. Although national security continues to fall in the exclusive responsibility of the individual member states, this reservation does not exclude a cooperation on a voluntary basis. It is merely designed to put a stop to initiatives by the European Organs with the aim of Europeanization of this field.

For the protection of fundamental rights and freedoms, in two respects, the reduction of transfrontier activities would be an asset. On the one hand, in view of infringements of fundamental rights, transparency can ensure more control by others. On the other hand, the necessity of solo action by single national secret services in foreign European countries could be reduced. From a fundamental rights perspective, the reduction of transfrontier operations is desirable. National and international human rights protection systems are due to their current conception only partly able to confine extraterritorial acts of public authorities. For instance, the European Convention on Human Rights as well as the UN Convention on Civil and Political Rights contain so called clauses on territory and jurisdiction, stipulating that  the signatory states are only obliged by the fundamental and human rights guaranteed by these treaties if the individuals concerned are affected while being on the territory or under the jurisdiction of the acting state in question.. Similar problems arise regarding the application of the national system guaranteeing fundamental rights. Therefore, at present the applicability of the national and international systems protecting fundamental rights on measures of mass surveillance of foreigners is the objective of intensive debate.

Helpful at best are dimensions of obligations to protect fundamental rights which, however,  do not bind the infringing state but oblige the other states to take measures against such infringements of fundamental rights from abroad.

By a reduction of solo transeuropean activities of European secret services and an increase in cooperation, citizens would no longer be exposed to arbitrary powers of other EU countries, since a common responsibility for infringements existed and would be justiciable according to the national systems of fundamental rights and the European Convention on Human Rights.

Beyond any doubt the question of the Europeanization of the secret services – whatever its extent may be – would amount to a giant political task. It appears doubtful if particularly the UK would be likely to support such an initiative.  As a fundamental prerequisite for consense in this field a high level of security as a basic goal would have to be agreed on.

However, this might be likely to evoke considerable resistance in countries with a high standard of data protection and privacy rights. In any case, a structured cooperation could provide more transparency regarding the work of security services among themselves, hence create more trust, thus lead to a restriction of transeuropean activities and eventually to a reduction of potential infringements of fundamental rights.

At the end of the day a decision has to be taken: Either a non-effective prohibition of such transfrontier operations is claimed, or, by strengthening cooperation the chance is used for a containment of transeuropean activities with the goal of making the protection of fundamental rights more effective. 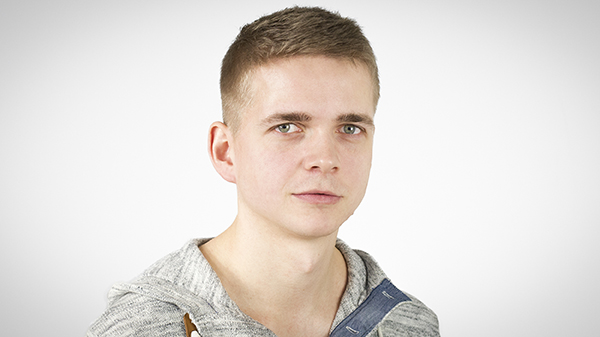