Recap: How the Policy & Governance Team participated in the Internet Governance Forum

This year, a large number of researchers of the Humboldt Institute of Internet and Society (HIIG) participated in the Internet Governance Forum (IGF). The IGF is a United Nations forum which holds meetings since 2006 in order to facilitate the dialogue on internet governance among representatives from civil society, governments and businesses. More than 3,000 participants came to the 9th IGF which took place from Sept 2-5 in Istanbul of which five were HIIG staff.

Governance as an analytical concept

HIIG Director Prof. Jeanette Hofmann and Kirsten Gollatz presented a new paper on governance as an analytical concept at the GigaNet Symposium. GigaNet is an academic conference which takes place adjacent to the IGF. The paper gives insights into the way our team discusses and conceptualizes internet governance. We understand governance in a way that extends beyond the notion of political steering. However, equating governance with the broad notion of coordination largely strips the concept of its analytical value. In their talk, Jeanette Hofmann and Kirsten Gollatz introduced a third way of theorizing governance: governance as reflexive coordination. Co-author of the paper is Christian Katzenbach and it can be found here: Between Coordination and Regulation: Conceptualizing Governance in Internet Governance. 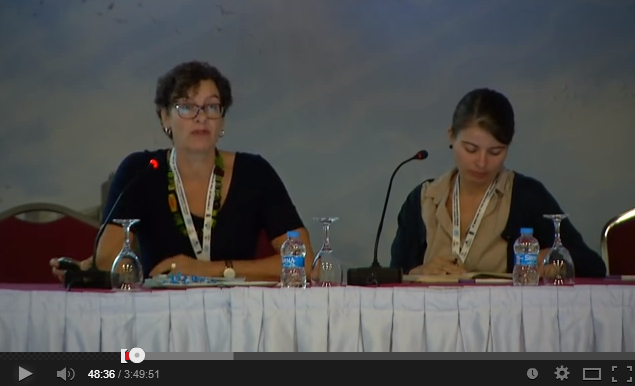 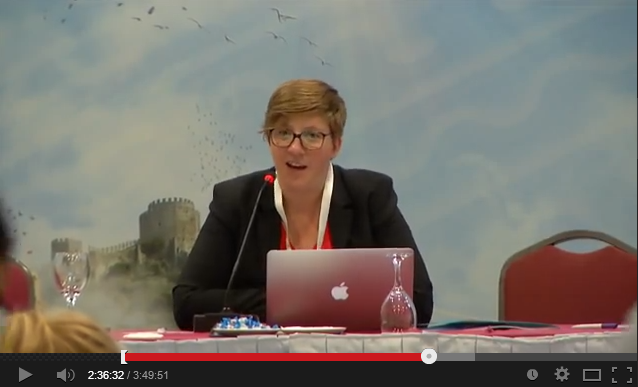 In how far do the so-called intermediaries of the internet, i.e. often multinational telecommunications companies and platform operators, ensure that the rights of their users are not interfered? That is one of the questions Kirsten Gollatz works on in the context of an international research project called Ranking Digital Rights (RDR). RDR analyzes how ICT companies position their services with regard to the principles of free speech and privacy for their users. Solid information is desireable in this field, as could be seen in the session on “Fostering Respect by Companies for Internet Users’ Rights” (Video). The panel comprised of, among others, representatives from Facebook, Human Rights Watch and RDR but also the Tunesian Internet Agency which censored the internet in past times. I recommend you to watch this video because it includes many relevant perspectives on a trending topic: the role of intermediaries in internet governance.

From what we could see, the Internet Policy Review was the only academic journal present at the IGF. Chief editor Frédéric Dubois engaged in countless conversations about internet policy and the necessity for interdisciplinary research. By the way, we are always open to submissions. Get in touch if you see a fit! We also did some news reporting – for example, from the network neutrality debate about so-called zero–rating. In the case of zero-rating, ISPs make certain content available free of charge for their customers, regardless of the purchased volumes of data. Facebook has been criticized for such arrangements for a long time. At the IGF Wikipedia unexpectedly got into the cross-fire as well.

The IGF as a forum

The IGF often has been criticized as a “talk shop” because it is not equipped with the mandate to bring forward binding decisions or to develop policy recommendations. This criticism is not unjustified. The IGF fosters debates, but it is not a new decision-making structure on issues of internet regulation. However, I am not aware of any other venue which currently could substitute the IGF’s function as a forum, that is: a place which – albeit with some caveats – offers the opportunity for everyone to engage in the global debate on internet governance.

The IGF Secretariat has published all sessions of this year’s event in its video channel: https://www.youtube.com/channel/UCk0zf4oI0IsJLh1owvUQSfQ.