How the Past Defines the Present. Understanding the Path Dependance of Academic Publishing

Did you ever wonder why it says QWERTY up on the left of your keyboard? And what does it have to do with academic publishing?

In 1867 Christopher Latham Sholes developed a simple typewriter. One of its many birth defects was that the typebars would constantly block each other. After the urging of his investor James Densmore, Sholes spent six years working on his typewriter. He finally arrived at the QWERTY sequence. With QWERTY the typebars did not block each other because the most used letters were positioned as far apart as possible on the keyboard. Soon after typewriters were manufactured industrially, QWERTY was used as the norm. 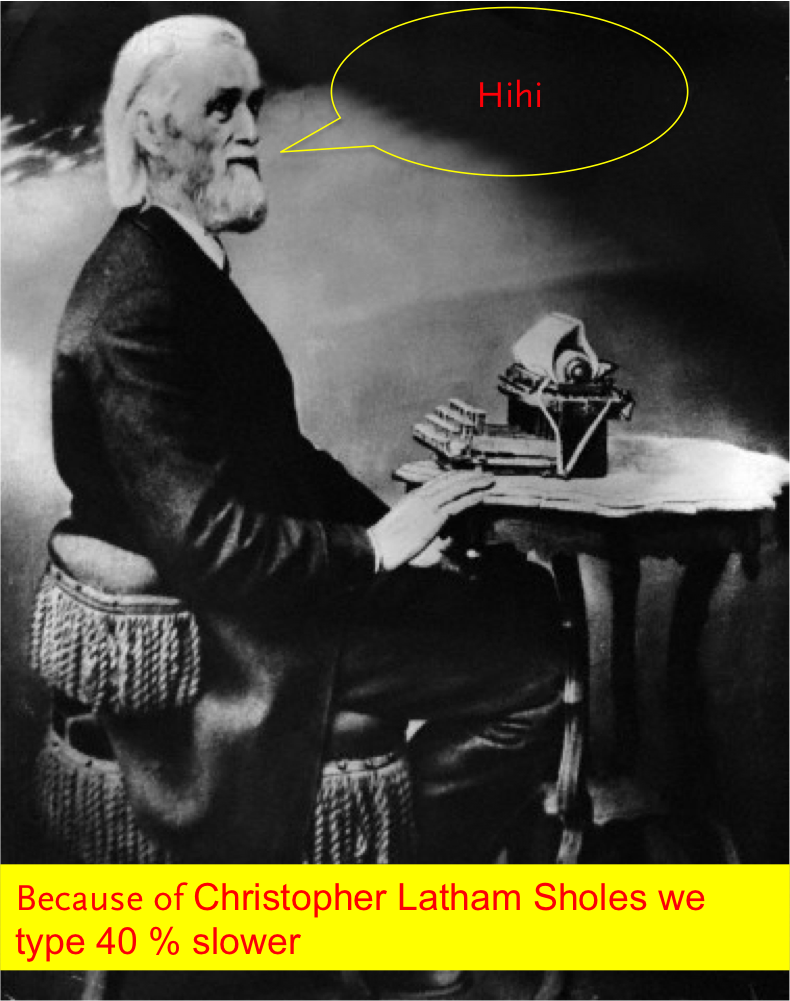 Worth reading: David ‘s (1985) Clio and the Economics of QWERTY

1932, August Dvorak developed the DSK-keyboard (Dvorak Simplified Keyboard) with a more intuitive keypad that enabled users to type up to 40 % faster. At this stage, however, QWERTY could no longer be stopped. When there were no more mechanical typebars that could block, QWERTY was already the norm and its design was directly transferred to the computer keyboard. The keyboard in front of you is a historical accident.

There is a concept in organisational theory that explains why we still type suboptimally: Path dependence.

Path dependence means that a logical decision in the past leads to a suboptimal system in the present. When Sholes worked on his typewriter, the QWERTY sequence was the best option that the typebars would no longer blockade. In times of digitisation, these considerations from a mechanical past are of course irrelevant. We would certainly be better off with Dvorak’s simplified keyboard. Lock-in phase is the common term to express when a suboptimal system established itself. Derived products use the old standard, investments are made and humans educated. A QWERTY world is born. QWERTY worlds survive because many invested in it and changes would involve great effort. Just imagine what it would mean to change to a DSK keyboard today. Inefficient systems are scalable too. 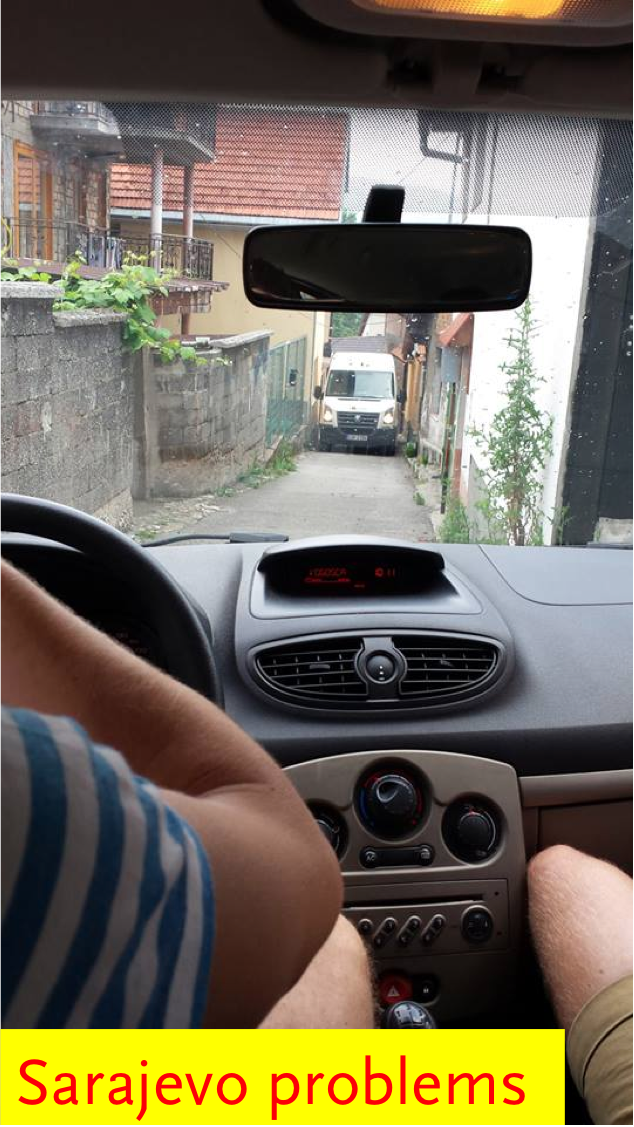 QWERTY worlds are everywhere. They explain why we type suboptimally. They explain why streets in historical city centers are car-unfriendly (see my holiday picture) and why academic publishing is far from being the most efficient way to disseminate content.

The journal’s road to success

At the beginning of the 17th century, the most common way of scholarly exchange was the letter or the book, being either very exclusive (letter) or time-consuming (book). That changed when around 1660 a group of renowned scientists (among them Isaac Newton) held conspirative meetings to revolutionize the scholarly exchange. These meetings later turned into, what we know today as, the ‘Royal Society of London’. In 1665 they founded the ‘Philosophical Transactions of the Royal Society’, the first academic journal. By the end of the 17th century there were already 30 periodic scientific journals. Hand in hand with the enlightenment and the establishment of scientific disciplines, the journal became the dominant way to convey scholarly content.

For centuries, the course from writing an article till publishing it is about the same: A researcher submits an article to a journal. If the article is not desk-rejected, (anonymous) peers determine whether an article is worth publishing or not. If the researcher is lucky, he or she will receive an E-mail (innovation!) with the reviews. With a little luck, the E-mail contains a request to incorporate the reviews for a publication. Between submitting and publishing, an article can easily pass two years. Once the journal is published, libraries buy the licences and make them available to their students, teachers and researchers.

This century-old system of academic publishing works but is far from being the most efficient way to disseminate new insights today. Many of the historic strengths of the print-based publishing go into reverse. 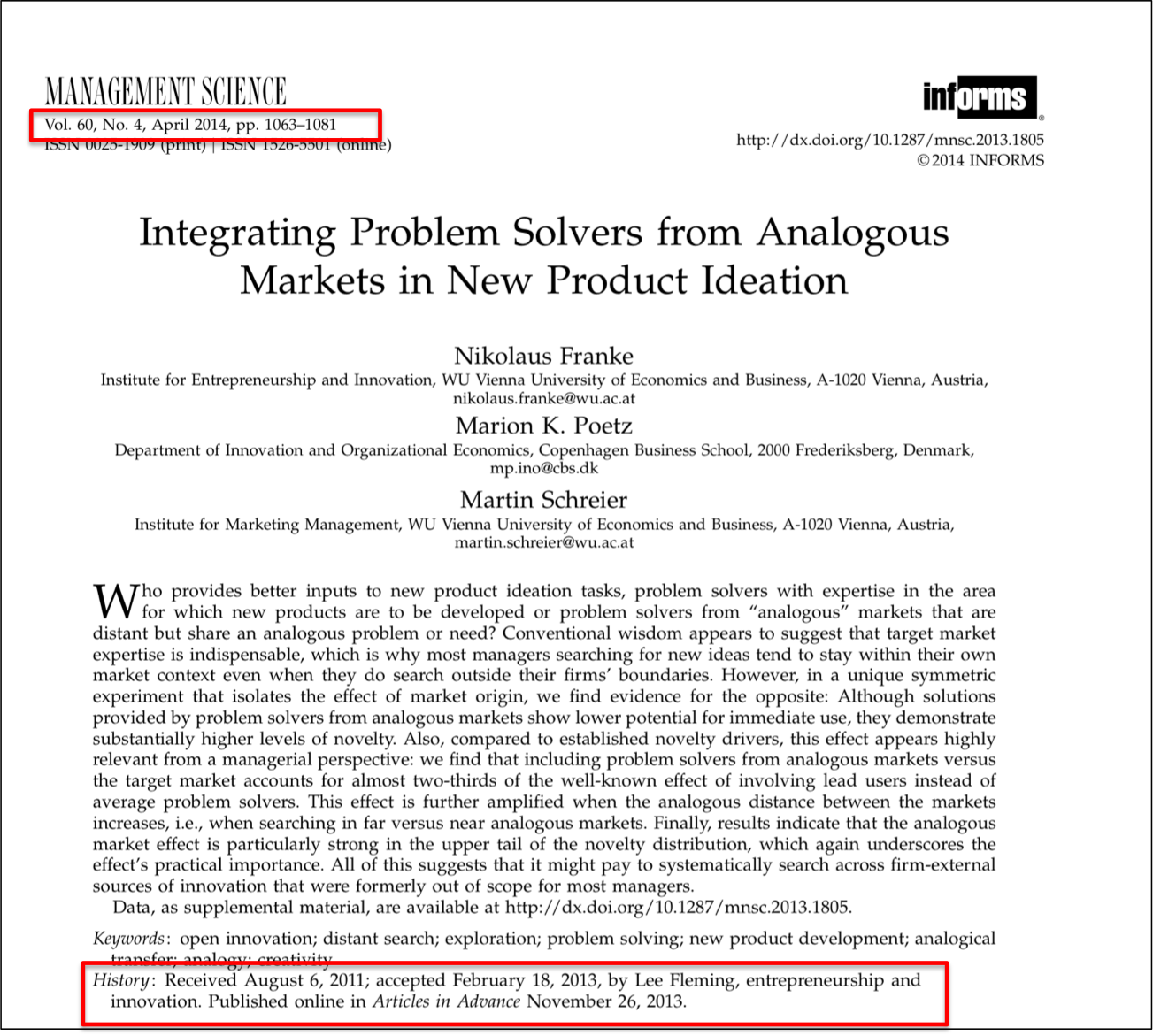 The above described review procedure is a good example. The system of quality control by a few experts has proven its worth over decades. The higher a journal is ranked, the more exquisite is the list of its editors. Still, it is at least worthy of discussion, that two colleagues decide about the relevance of an article for a whole community. An article can easily spend two years in a review limbo. It is downright grotesque that in 2014 it takes so long till research results can be discussed by a specialist audience.

Platforms like PLOS ONE show that it can be different. At PLOS ONE, articles are put online after a basic review. The audience can be sure that the articles meet at least the criteria of good scientific practice. Readers can discuss articles online and evaluate their contribution to the field. Every article is of course Open Access. There is no periodical regime, a quick review, low publication fees and the opportunity to let the expert community itself decide about the relevance of contributions. PLOS ONE removed the dust from the print age. Why do others not follow that example?

Comparing academic publishing with the changes in the newspaper industry, Davis (2014) analyses in his editorial essay, in the latest Administrative Science Quarterly, that

“new technologies of communication should enable new ways of sharing and advancing knowledge. Newspapers have been radically transformed by the Internet revolution, adapting their format to continuous updating, color, video, and opportunities for feedback and debate by readers. Yet academic journals still bear the imprints of their origins, and most look little different today than they did 50 years ago.”

It is however ironic that an essay that could inspire an interesting debate appeared on a platform that has no commentary function. It illustrates perhaps, that academic publishing forces itself into a corset that could become too tight in just few years’ time. Articles today rarely allow interactivity, PDFs are used instead of more usable formats and underlying data is seldom retrievable. The conventional format chosen to present content academia is one for reading, not one for working with.

To publish an article under an Open Access licence can easily cost 2.500 Euros or more in a renowned journal. Otherwise only licenced users can read the article. The University of California, Berkeley published a list that gives an indication about the costs of the article ransom. Libraries pay millions for licences. Even the Harvard University said that it can hardly cover the enormous expenses and advises its researchers to stop hiding articles behind a paywall. Nevertheless is a publication in a renowned journal a distinction for many researchers. It can push ones career and an ace up the sleeve when applying for research funding. It is a recognised currency for scientific success. It is illogical to choose another way to publish but the long, stony one.

Just as in the story of the QWERTY keyboard, a system of academic publishing prevailed that works, but is suboptimal. The established system of academic publishing, from submission, review, and publication is in the eye of the socio-technological opportunities outdated. It takes too much time, it is too expensive and leads to an artificial scarcity of content. It no longer reflects the zeitgeist.

A glance across the border: The print crisis

A good exemplary case is again the newspaper market. Only publishers that adapt to new customer needs, new reception behaviors and financing models in times of medial transformations (key word: narrowcasting), are successful. In addition, novel SEO optimised and often user-generated news services appear and question the established value creation logic and business models (e.g. Huffington Post). Many publishing houses do not survive the print crisis. Adapting to new context factors is difficult. Organisational change is tedious and costly. Karim and Mitchell (2000) for example show that many firms buy fresh startups to provoke organisational change. Axel Springer for instance is following that strategy. One does not have to be a great analyst to realise that only economically successful publishing houses can pursue such a strategy.

When it comes to academic publishing a similar change can be perceived. This becomes evident from innovative new publication platforms as PLOS ONE and (partly) SSRN, that choose new dissemination and assessment logics. This also becomes apparent from legal disputes as for example between Academia.edu and Elsevier, investments as for example Microsoft’s stake in Researchgate or acquisitions as the one of Mendeley by Elsevier. The most visible sign of a transformation in academic publishing is however the prevailing debate about Open Access. In the context of path dependence and open access the discussion about the impact of open access publishing (here and here) and alternative metrics for assessing quality is particularly interesting. The measure for scholarly performance and thereby the whole publishing ecosystem is at least under debate.

The essential question is, how academic publishing can free itself from its path dependence and to what degree novel forms of curating and publishing content prevail.

In his insightful analysis of the role of journals for the scientific creation of value, Davis (2014) identifies the peer review as the core technology of scientific journals. Thereby the unique selling proposition of established publishers is the curation of content and the identification of excellence. The question that appears is thereby if alternative review mechanisms lead to a better and more efficient assessment scientific output. For example: To what degree can a community-based review, as for example at PLOS ONE, replace the traditional peer review?

Apart from the review process, the presentation and the accessibility of content originate from a book age. If flat and decentral organizational structures for distributing and assessing scientific content lead to a better long-term value than traditional mechanisms, it remains exciting how established players adapt to that change and how what kind of new systems of publishing appear and prevail.

In case that we are still publishing suboptimally in ten years, path dependence at least offers us a good explanation. At least one sign allows us to be optimistic: The Royal Society, that caused the whole mess more than 300 years ago, designed 2012 a blueprint for Science as an Open Enterprise, an insightful model for science in a digital age. They possibly used a QWERTY keyboard for it. Some things never change.

Many thanks to Hendrik Send, Cornelius Puschmann, Sascha Friesike, Stefan Stumpp and Fiona Weber for their comments on this blog entry.