How do digital platforms make their money?

How do digital platforms capture value from the transactions they enable between different actors? An analysis of 51 platform startups and a derivation of recurring value capture patterns, resulted in a toolkit for practitioners and researchers who engage with the design and description of business ecosystems. Philip Meier presents them here.

What do the ride-sharing giants UBER and Lyft, email scare Slack, the analytics company pagerduty, and the photo-sharing app Pinterest have in common? First, they represent 4 out of the seven major US tech IPOs in 2019 to date. Second, all run digital platforms in a multi-sided market environment as a central part of their business model.

A brief historical classification: From a linear to a multi-sided economy

In the 20th century, globalization and the post-war economic boom accelerates the linear growth of the world economy in industrialized countries. Car manufacturers control the value chain from the first metal bending up to the authorized dealer. Oil companies manage the process from the oil platform to the final product. To manage the processes associated with these enormous value chains, companies grow to several thousand, sometimes hundreds of thousands of employees. With the turn of the millennium, the digitalization – driven by the Internet and rapid development of the computer industry – paves the way for a new kind of business model. The multi-sided digital platform. The first online marketplaces on which suppliers and customers are commonly brought together in market niches in order to facilitate transactions between them are pioneers for the broad spectrum of multi-sided market models that determine the global economy today. Driven by high growth potential, relatively low investment costs and a strong market position at the customer interface, complex platform constructs have developed over the past 15 years. Companies like Google (e.g. with its search platform and the mobile operating system Android) and Amazon (e.g. with the Amazon Marketplace or Amazon Alexa) have achieved global reach thanks to these new, multi-sided and non-linear models.

The power of the platform, or: Why companies embrace multi-sidedness

Network effects probably describe the most significant and most discussed value driver for a new business model on digital platforms. Direct network effects are illustrated by the example of the emerging telephone network at the beginning of the 20th century. While a single telephone provides only a very limited benefit to its owner, the usefulness for current and future owners increases with each additional telephone network user. 72 years after the beginning of the telephone network construction Robert Metcalf describes these connections in the context of the Ethernet network extension in the so-called Metcalfe’s Law.

Direct and indirect network effects lead, in combination with the often lean operating model of digital platforms, through which new supply and new demand from third parties can be efficiently and automatically switched on, to rapid growth in platform companies. If the platform sponsor still manages to bind the various players to itself, for example through technical integration (e.g. in the Apple App Store) or high initial investments (e.g. for game developers on the Sony Playstation), it often leads to large proportions of supply and demand in the respective branches of industry being orchestrated nationally or internationally via 1-3 platform players. Examples of this are on-demand mobility in the USA (UBER & Lyft), mobile operating systems (Apple iOS & Android) or private hospitality (AirBnB).

Copy and combine to succeed: There are limited options for capturing value on platforms – know them, use them

Basically, the business model of a company must always answer the questions of value creation, value delivery and value capture. In a several weeks long research project, we looked at the value capture mechanisms of a total of 51 startups with a multi-sided business models on digital platforms via the commercially accessible PitchBook database. Startups are particularly interesting here, because their business models are often very lean, clear and therefore easy to investigate, in addition to the fact that young, technology-driven companies are excellent indicators of innovation trends for all components of their respective business models. By means of qualitative text analyses and interviews, we were able to identify seven recurring value capture patterns. The startups apply these patterns in isolation on the supplier or the demand side or combine different patterns to profit from the transactions that are enabled on the respective platform between the different actors.

Admission fee: The platform sponsor charges a fee for individual actions to place supply or demand. Examples of this are listing a property on Immobilienscout24 or posting job advertisements on Monster. Often different packages (5 or 10 packages) are offered in addition to the one-time use. The admission fee is mainly used to monetise the supply side and to bring standardised price structures onto a platform with infrequent, inhomogeneous or individualized transaction units.

Arbitrage: In the arbitrage model, the platform sponsor exploits a very widely separated relationship between actors on the platform, often associated with physical products, and creates its own position of power controlling the access between the actors. Although this position can also be recognized for most other patterns, the arbitrage model actively contributes to maintaining the position of power to the extent that the platform sponsor takes on not only an orchestrating but also a price-setting role on the platform by acting as an intermediary. The model seems to be particularly applicable for physical goods that are not subject to a short-term decline in value. The access for the supply side to the demand side often appears to be the strongest sales argument for the platform sponsor.

Membership fee: In a membership model, actors pay for a particular or unlimited use of the platform infrastructure. The Fitness Startup Urban Sports Club, for example, offers its members three packages of services with different membership fees. This pattern is particularly interesting for models in which the number of emerging transactions per actor can be reliably predicted or the transaction goods can be efficiently scaled.

Freemium: Freemium is basically a modified form of membership in which a certain part of the platform products and services are made available to certain actors free of charge. An initially free activity on the platform lowers the entry barrier and creates the opportunity to convince actors to access the full range of services associated with the payment of a membership fee through persuasive offerings. The streaming platform Spotify for example also finances its freemium model by monetizing data through advertisements in the free package. Freemium appears particularly promising if the marginal costs for additional actors on the platform are low for the sponsor.

Service and product sales: The platform sponsor’s activity as a complementary actor on its own platform is particularly interesting if the respective company already has the necessary expertise and infrastructure and sets up a new platform (e.g. the Klöckner.i steel marketplace) to include other players from its own industry. Companies such as Amazon initially act as platform sponsor, generate an information advantage over the suppliers on the basis of their data sovereignty and then compete with their own complementors in promising product categories. The latter approach is often seen as inadequate use of the infrastructure operator’s market power and is rightly controversially discussed.

So what? Implications for your platform business

As described at the beginning of this article, companies that successfully operate digital platforms have changed and shaped the economy permanently. While the value proposition that pulls different actors to a platform in a particular industry and individual use cases must be individually adapted, we show that in the way platforms earn money recurring patterns can be identified. Whether startup or established company. Whether existing platform or platform project. To constantly and experimentally validate one’s own business model and to apply the patterns presented to one’s own platform ecosystem can be beneficial in exploiting the potential for value capture in multi-sided market environments. It is always challenging to find out if the offering or demanding side of the platform shows a higher willingness to pay, if both sides can/should be monetized, which pattern fits in which form and if one side should even receive subsidies. Short feedback loops of trying out and generating relevant data, often led to the respective monetization strategy being implemented by the observed companies.

Questions about sustainable (in the economic as well as in the social meaning) business activity, compatibility with competition and tax law (to be reconsidered in the 21st century) and the general rights and obligations arising from the intermediary position of digital platforms have been raised and still need to be credibly answered by many of the companies mentioned. 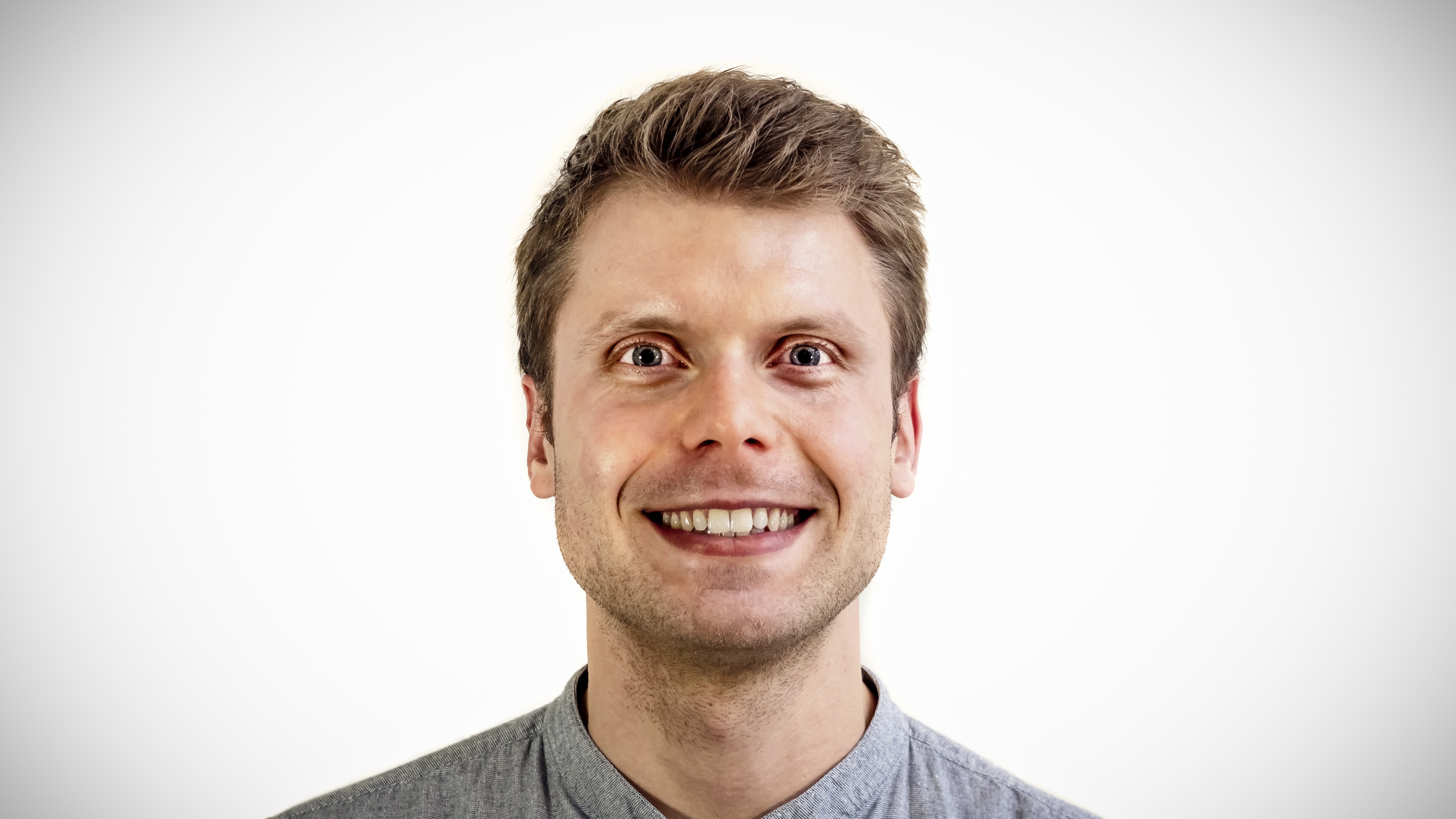