Germany as a supplier of digital factories: the industrial internet

The balance of power in the digital industry seems to be clearly distributed. There are mainly American (Google, Apple, Facebook, Amazon) and Chinese companies (Alibaba, Baidu, Sina Weibo) that have become market leaders in their respective fields. Notable representatives from Germany do not appear in the top list (at least not at the moment). It is obvious, however, that the leading companies have established themselves primarily in the B2C, i. e. in the business area with the end customer, but also in the hardware and software sector.

What is the industrial internet?

However, the productive core of our economy, industry, is also of great interest. Initiatives such as “Industry 4.0” in Germany, “Made in China 2025” or the “Industrial Internet of Things”, as often referred to in the USA, make it clear that a race for the industrial internet has long begun. The focus here is on the digital networking of machines, buildings and production processes as well as the optimization of industrial value creation using high-performance robots and sensors, 3D printing, the cloud and, last but not least, algorithms and artificial intelligence. Business models are also being put to the test in the course of the industrial internet. Opportunities lie in particular in the development of new products and services.

“The Internet of Things (IoT) is an information network of physical objects (sensors, machines, cars, buildings, and other items) that allows interaction and cooperation of these objects to reach common goals. While the IoT affects among others transportation, healthcare, or smart homes, the Industrial Internet of Things (IIoT) refers in particular to industrial environments.” (Jeschke, S. et al., 2016)

Thanks to traditionally successful sectors such as mechanical engineering, automotive production and medical technology, Germany is one of the world’s leading industrial nations. Since the early industrialization around 1815, our country has been able to gather a lot of experience and to perfect production processes. This is a great condition to play an important role in the race of the industrial internet. It is now a matter of combining German industrial tradition with digitisation.

Selected examples show that Germany is on the right track. KUKA AG from Augsburg is a supplier of automation solutions. Their intelligent and collaborative robots are in use worldwide and in many industrial sectors. According to KUKA, the company has developed the first robot approved for human-robot collaboration: the LBR iiwa. It uses intelligent control technology and high-performance sensors – enabling collaborative solutions in production technology. APAS Production Assistants from BOSCH also enable flexible, mobile, collaborative and networked human-machine interaction for industrial workstations. Strenuous routine tasks are facilitated or even replaced by robots. Electro Optical Systems GmbH, based in Krailling, Bavaria, is a technology and quality leader in the field of industrial additive 3D printing, a technology used in the aerospace, automotive, lifestyle, medical technology and toolmaking industries. Siemens also joins the circle of the industrial internet with its SIMATIC brand. It is a programmable control technology used in car factories, ski lifts, elevators or brewery boilers. The highlight is that Symatic produces Symatic: The programmable control technology produces itself. The Siemens plant in Ansberg is thus regarded as a flagship of a smart factory. 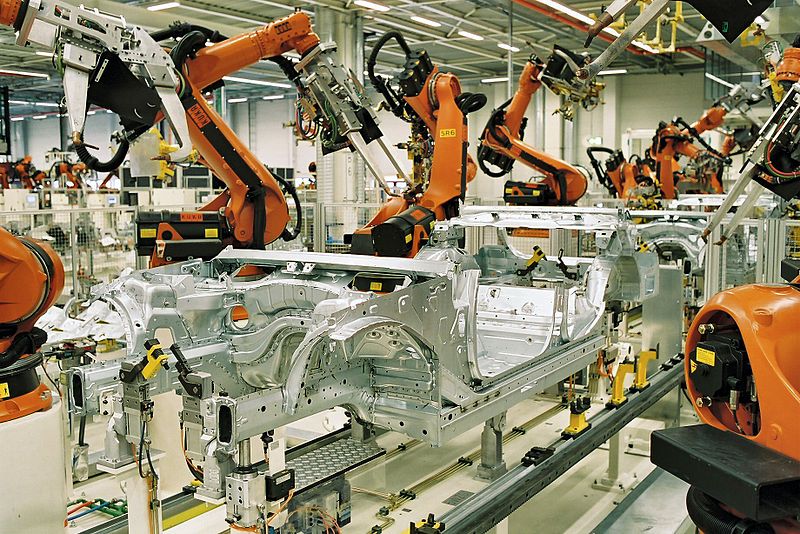 These examples show that German companies are becoming a supplier for digital factories worldwide by combining their many years of experience in production with the new possibilities of digitalisation. However, according to Bitkom (2017), this development is still in its infancy, as many companies are still reluctant to invest in the industrial internet. Just in time for the upcoming German parliamentary elections in 2017, political impulses are necessary in order to further advance the industrial internet “Made in Germany”: Industry 4.0 hubs, platforms for start-ups and industry, could contribute to the transfer of applications and business models from successful start-ups to the manufacturing sector. Decisive research programmes would also help to master technical and organisational challenges for the further development of the industrial internet and to consolidate Germany’s position as a supplier of digital factories.