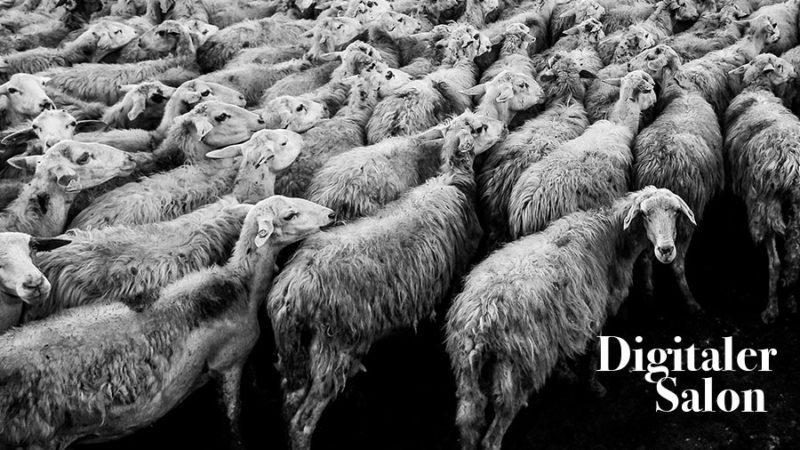 Digitaler Salon: The Hashtag is Alt-Right

Once a month, we publicly discuss the impact of digitisation on society at Digitaler Salon. We invite special guests, engage in a dialogue with the audience and the Twitter community and broadcast it on YouTube. In November, we will talk about far right actors and the WWW. Why are they this successful in instrumentalising the mechanism of social networks? How do they mobilise? And most importantly: How can we reclaim digital spaces. The talk will be held in German. Below you will find more detailed information.

Whether it’s members of the Identitarian movement, Pegida or right-wing factions: Right-wing populists and movements very successfully use the mechanisms of social networks. How exactly does the right-wing network mobilise? And what happens on anonymous platforms like 4chan? Right-wing mobilisation and agitation poses challenges to democracy. How do those who are affected, institutions or companies, deal with right-wing hate comments on the Internet? The authors are rarely prosecuted. Among other things, many people are not even aware that anti-Semitic insults, incitement of the people or insults can be punished with up to five years imprisonment. In June, the Federal Criminal Police Office carried out nationwide raids against suspects. How effective are such actions? What has the NetzDG (Network Enforcement Act), which establishes compliance rules for operators of social networks, already achieved? How do we socially oppose right-wing hatred?

Digitaler Salon – The Hashtag is Alt-Right

The presenter Katja Weber (radioeins, Deutschlandfunk Nova) discusses about right-wing extremist movements on the web with:

Katharina Mosene, political scientist and associated researcher at the HIIG, will introduce the topic.

Digitaler Salon will open its doors from 6:30 pm. From 7 pm the talk will be broadcasted live on hiig.de. Then join in – on site and via Twitter via #DigSal. Digitaler Salon takes place every last Wednesday of the month under a different question. Records of past events and more information can be found here. No registration is required for Digitaler Salon.

The organising committee reserves the right to make use of its domestic authority and to deny access to the event or to exclude persons who belong to right-wing extremist parties or organisations, belong to the right-wing extremist scene or have already appeared in the past through racist, nationalist, anti-Semitic or other inhuman statements.