Drilling down on diversity in the European platform economy

After two years of analysing Europe’s highly diverse platform economy, the Platform Alternatives research team takes a look back at the initial assumptions, ultimate conclusions and most unexpected findings. Find out why it is worth looking beyond the giant and gatekeeper platforms!

The platform landscape goes far beyond the well-known US giants Google, Apple, Facebook, and Amazon. For the past two years our research team has been drilling down the European platform economy, analysing network dynamics in different industries, business models across sectors, and various strategies for a more sustainable and responsible business.

The team members found that the European platform economy was even more diverse than they had thought. Before they go into the final phase of the project, Nicolas Friederici, Tina Krell, Vili Lehdonvirta, Subin Park, and Lena Starke answer five questions on their work so far.

1. Would you agree that you went into the project with expectations about what your findings might look like? Which were the two most surprising insights you gathered during your research for the Platform Alternatives project?

Subin Park: Firstly, European platforms often appear as alternatives to American big tech platforms by supporting ethical and human-centred approaches/activities. On the other hand, platforms feel frustrated/restrained by regulations in terms of innovations. Secondly, it has been interesting for me to see distinct and unique insights from different platforms by industry and case. Thus, it is genuinely difficult to generalise or explain European platform economy through plain theories.

Nicolas Friederici: Two things were surprising to me: First, I underestimated how important sectoral differences continue to be. We tend to think of platformization (and of digitalization more generally) as this cross-cutting, pervasive force. As if there is a single traditional economy, which gets morphed into a single digital economy. However, economic legacies matter to a great extent.

In the platform economy, at a closer look, platform business models look rather different across sectors. So a digital platform in healthcare may look similar to one in industry, but they will also have major differences that reflect the prior structures in these two sectors. Second, I wasn’t aware of how large many European platform firms have become, and how successfully they have been able to compete with US American giants, especially in sectors like ecommerce and delivery. Similarly, some sectors of the platform economy are large enough to sustain several platform giants, often offering different product portfolios that complement each other from the client perspective. Take ecommerce in Germany, where Amazon, Zalando, Otto, and a range of other platforms for more niche sets of product seem to coexist with rather stable market shares.

“It’s not obvious that this diversity of models will still be there in a few years’ time.”

Tina Krell: Surprising to me is the difficulty of finding solutions to the regulatory challenges across borders. We  understood from an early stage of the project, that the digital single market as such is more of an idea than a reality. On the other hand, we got to know two companies in fintech and the temp agency industry that purposely went into highly regulated markets, using this  as a barrier of entry.

The second surprising finding for me is the influence of network dynamics in different industries. The aforementioned l fintech  platform operates purely digitally, and even though they have to adjust when they expand, the market sides grow proportionally with every new country they are going into. Whereas the value creation of the mentioned temp agency is closely tied to physically present market sides of companies and temp workers. They need to build these from scratch for every city they establish themselves. They tailored their value proposition closely to the national regulatory framework which helped them a lot to grow nationally, but it is hard for them to replicate that same model abroad.

Lena Starke: I believed that we would find successful and already established companies and some smaller ones but not such a big and diverse landscape of differning companies. Therefore, the most surprising thing for me was to discover how diverse platforms truly are as I found nearly 500 platform companies in Europe. It was interesting to discover how national factors such as product preferences, size of the country, infrastructure and languages influence the European platform landscape. Another surprising thing for me was the product range and the different kinds of platform business models which lead to different identities. These different profiles make it difficult for European platform companies to identify as part of the same effort.

Vili Lehdonvirta: Most of the policy debate around the platform economy is focused on a handful of giant U.S.-based platforms. In areas where geography doesn’t matter so much, these giants often dominate the global market, and policy makers are rightfully concerned. But in markets where location plays a greater role, like food delivery, there is a surprising variety of European platform companies with different kinds of business models. Having said that, there is consolidation taking place in these markets, and it’s not obvious that this diversity of models will still be there in a few years’ time.

2. Which are the most significant changes and developments within a European platform economy that also impacted on your research? Did you anticipate these developments at the beginning of the project?

NF: Clearly, the EU’s Digital Services Act (DSA) and Digital Markets Act (DMA) were developments that affected our work. What’s amazing is that, as of now, these are just legislative drafts, and yet, they have already had real impact everywhere on the continent. While we’ll have to wait and see what will ultimately end up becoming law, it’s fair to say that these will be globally the most ambitious and interventionist platform regulations, and they may have a role model function for other regions, like was the case for the GDPR.

For our work, it wasn’t so much the content of these regulations that mattered – mainly because they focus largely on the largest platforms, which are explicitly not our focus. But what mattered was that just the prospect of explicit platform regulation galvanized a lot of European platforms (large and small) to take a stand on what needs to change and what any individual platform can do. It also triggered European platforms to argue what sets them apart from American platform giants, which undoubtedly represent the original cause for concern that DSA and DMA are trying to address.

“Players do not want to wait until legislative changes take shape,
but want to shape and set standards themselves”

VL: Since the project idea was first conceived, European policy makers and also competition regulators on both sides of the Atlantic have become increasingly assertive in their dealings with platforms. It has become clear that the dominant model of platform business is not sustainable in its present form, if only because policy makers will eventually put a stop to it. Entrepreneurs are therefore increasingly interested in alternative models and approaches. Having said that, it has also become clear to me that popular buzzwords like blockchain and platform cooperatives are not magic bullets either. I have found it helpful to look at how we have solved such crises of accountability in the past, through for instance instituting worker voice in corporate decision making.

The notion of creating a separate regulatory regime for platform giants vs. smaller platform companies used to be something whose merits were still being debated, but is now set to become law with the DSA and DMA.

TK: We witnessed the interest and involvement of European Platform providers to actively position themselves in the platform economy. Players do not want to wait until legislative changes take shape, but want to shape and set standards themselves on how they want to do platform business. The delivery players Wolt, Bolt, Glovo and Delivery Hero launched the European Purpose Project, and e-commerce provider Allegro the EU Tech Credo with principles for their industries. But individual players also committed to more measurable actions. Such as Bolt with their E-Scooter Sustainability Pledge, or recently Glovo with their Couriers Pledge.

3. Sum up the current state of Europe’s platform economy in five words!

4. What have been the most significant and inspiring moments and insights, which you will draw upon in future? Have there been any lessons learned that go beyond academic research?

NF: When platform companies (admittedly, just a few of them) welcomed our approach of deriving evidence-based normative guidance, and when they explicitly asked us to form a broad-based community of neutral experts to hold the platform economy accountable. While we learned how hard this is and while we haven’t been able to deliver on this over the course of the project, it gave me confidence that it is the right idea to institutionalize independent oversight for the platform economy. The lesson is that academic research can and should do more than derive an evidence base. It also needs channels for insights to become impactful, often in collaboration with public institutions.

TK: Without exaggeration, we are at a pivotal point on how the European platform economy will be shaped for the upcoming years. Legislators work intensely on drafting new rules that will define how platform companies are able to compete. Lessons are that there is so much movement going on, potential consolidations, the emergence of new leading players… We will be witnessing all of this for the next few years in real time, which is exciting within our field, but also as European citizens.

5. What are the challenges that lie ahead for you and your field?

TK: Access to platform companies is difficult and needs a lot of work and trust. Luckily this can be established over time. So, to be more conclusive and to develop sound theories the work has to continue. Besides that I have nothing to add.

LS: I think that one of the biggest challenges is to design policy agendas in a way that they align with the many different profiles of European platform organizations. Successful policy instruments must manage to serve these different identities and platforms.

NF: We have to find nuanced yet implementable rules to decide which platforms need to be restrained and which ones deserve to be promoted. Platform business models are varied and complex, and a lot happens in the background (e.g., data-driven value creation across products). It is a massive undertaking for cross-disciplinary research to inform and guide regulation and digital industrial policy at national and EU levels. 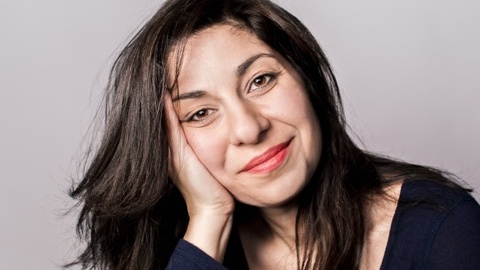