Academia is a Reputation Economy

In autumn 2014, my colleagues and I conducted a survey on academic data sharing among 1564 researchers in Germany, a follow-up study on our paper “What Drives Academic Data Sharing?“.

In the survey, we asked researcher about their handling of research data, their publication culture, and in particular about what keeps them from making data available to others.

One has to know that reusing data is often regarded as the next big thing in academic research. It encourages collaboration among researchers and allows finding synergies in the laborious task of collecting data. Moreover, it makes research results reproducible and allows using old data for new research questions. In short: It has the potential to foster scientific progress. It is not surprising that funding agencies, academic journals, policy makers, and researchers themselves increasingly demand open access to research data. With regards to research data, Neelie Kroes, the European Commissioner for Digital Agenda, says: “open access to research results will boost Europe’s innovation capacity“.

To some extent, however, open access to research data is just like the electric car that everyone likes but nobody drives. In our survey, only 13% of the researchers have ever made data available publicly. 37% of the respondents said that it is uncommon to share data in their community. At the same time, 88% would like to use data for their own research. The results bring out quite clearly the mismatch between the aspirations and the empirical reality. The bitter reality about Open Access to research data is that everyone likes the idea but nobody follows it through. 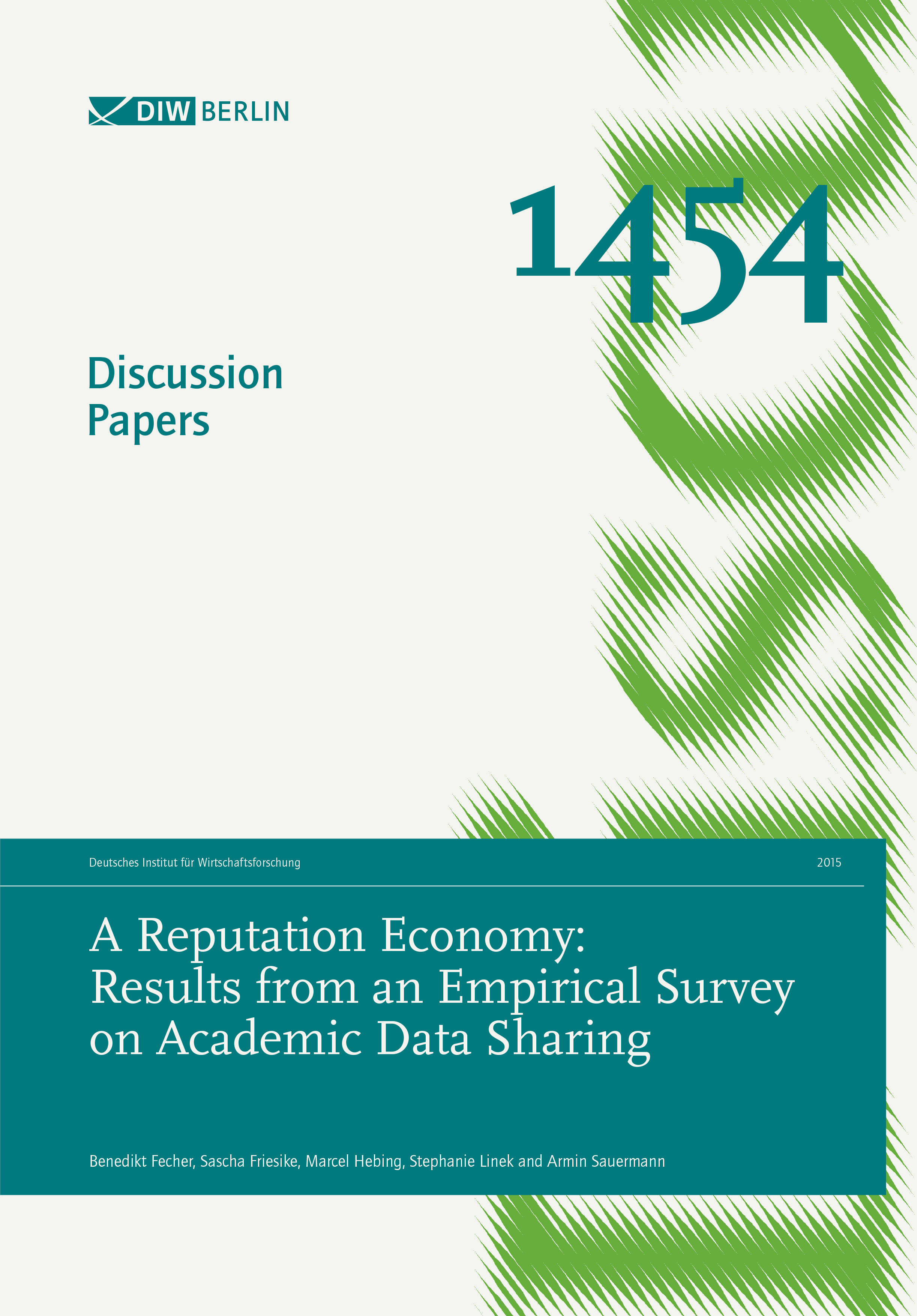 Last week, we published the first article based on the results of our survey. Our main argument is that academia is a reputation economy, an exchange system that is not driven by monetary incentives, nor the desire for scientific progress, but by individual reputation. Reputation is expressed in (high ranked journal) publications whereas sharing data receives not enough formal recognition. In our view, data sharing will only be widely adopted among research professionals if it pays in form of reputation. Policy measures that intend to foster research collaboration need to understand this aspect of academia. Successful measures must ascribe more value intermediate products, such as research data, more highly than it is the case now.

The article can be found on SSRN.

The questionnaire can be found on our Github Page.