Ge Chen gave a presentation on the topic of “Copyright in Developing Countries: from normative interoperability to institutional inclusivity in global copyright governance”. In a complex manner he illustrated correlations between international copyright law and Internet Governance. He focuses on the special role of developing countries in the tension between different national interests in the conflict of copyright. He assumes that in the future as in the past realisation of copyright law on a global basis is the result of contrary international positions. According to Chen copyright law will be influenced by two main aspects: Norms of access on one hand and on the other hand a new balance of institutional conditions. The position emerged that in terms of copyright law there cannot be one single global solution. Furthermore, the right to development stands in mutual dependency with copyright law and therefore requires balancing leading to different solutions in various countries.

A maybe meaningful side-statement was, that the interests of developing countries are almost ignored in international legal conflicts – as to be seen in this case. Examples as the copyright law show that the internet poses a need for political reaction, in fields that present great challenges to international relations. 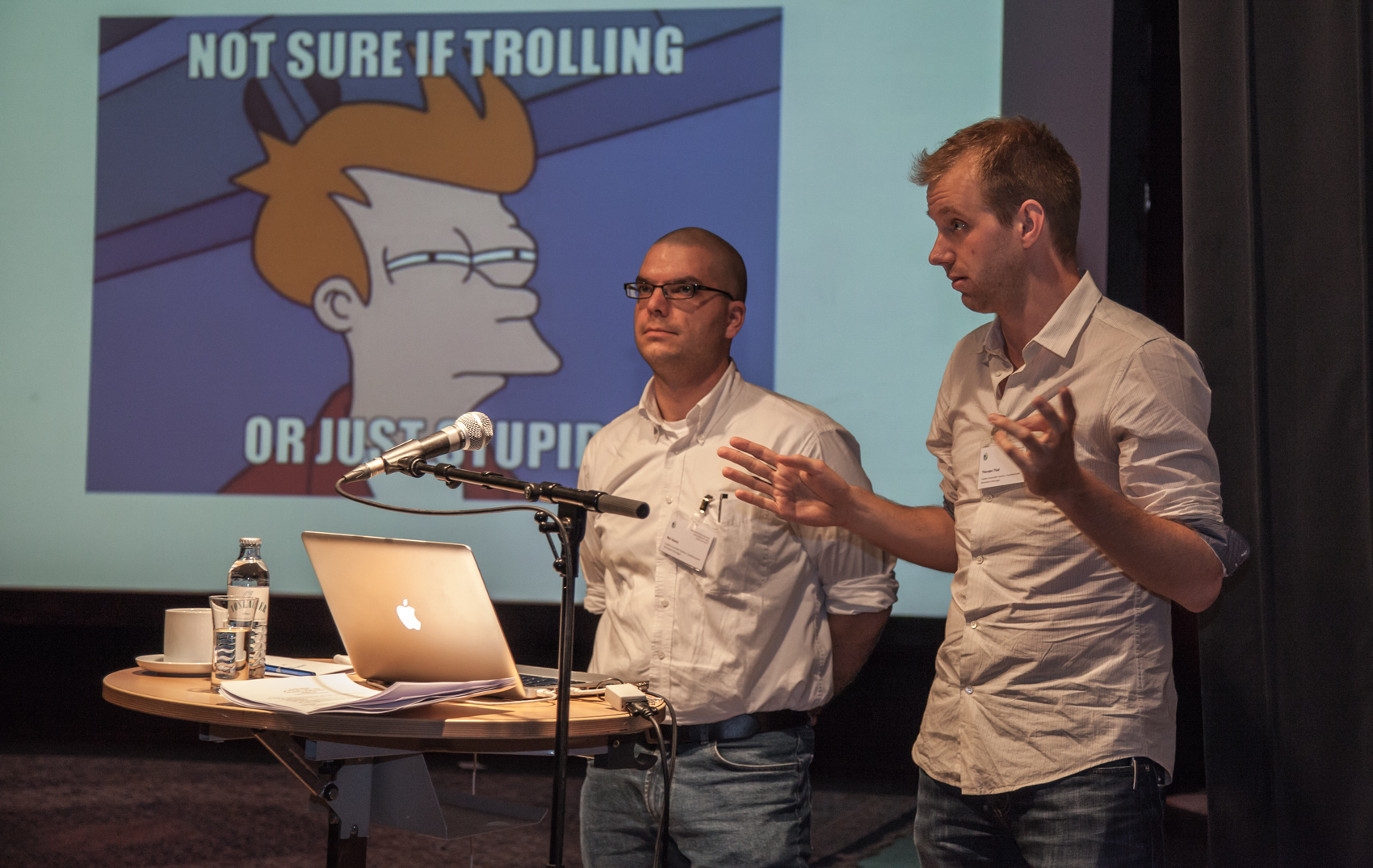 “The Orignial Battle Trolls” was the creative as well as provocative title of the second presentation with the subtitle “why states want the internet to be a violent place”. Ben Kamis and Thorsten Thiel developed the main thesis that states are the ultimate “troll” on the internet, because it describes the internet in metaphors of violence and war. The state, in the view of the presenters, establishes itself and its rules through violence and has a hegemonic view on the internet. It produced a constant picture of a society on the internet which finds itself on the edge of chaos. Therefore, questions of security were not evoked by the system itself, but constructed by states. Their research bases on the analysis of published statements made by states in five different nations. Surprisingly (?) Germany is on the top of the list of “troll-states” and uses violent metaphors rather often in comparison to other states.