Two weeks ago, a scientific delegation from the Institute got a fantastic insight into Chile’s digital ecosystem. Three of our departments (Innovation, Global Constitutionalism, and Policy & Governance) joined forces in a mission that aimed at exploring possible collaboration with Chilean actors. Thanks to the generous sponsorship from the Chilean Agency for Economic Development (CORFO) and the invitation by Santiago-based accelerator Magical Startups, as well as the local Universidad de Chile, we could participate in two milestones: the Digital Summit 2015, taking place at 14 January, and the conference on public administration in the digital era, on the 16.

However, before we got to give our presentation, we had the privilege of meeting crucial actors of the Chilean political stage with regard to entrepreneurship, innovation and e-government. Straight after setting foot on Chilean soil, the Minister of Economic Affairs Luis Felipe Céspedes 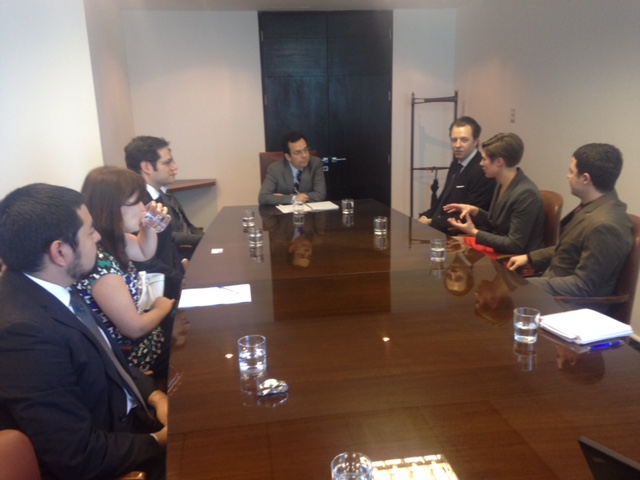 , accepted to meet us in an enriching exchange of experiences, while on the day after we were meeting vice president of the Senate Eugenio Tuma Sedan. Both meetings gave us important insights into how the Chilean government stimulates the economy, and in particular innovation and entrepreneurship. The minister and senator were very interested in our research topics, consulting activities and their interconnectivity, both to understand their own ecosystem better and to be able to measure the success of the incentives they set for innovation. In the light of the ongoing legislation process of the Chilean data protection law, the current draft of the European data protection regulation served another topic of discussion about the right balance between technological innovation and the social aspects of Chilean economy.

At the Digital Summit 2015, we got into direct contact with this startup ecosystem. Magical Startups did an excellent job organizing the event, gathering over threehundred interested people, most of whom were entrepreneurs. The event was composed of three main parts. Firstly, CEO Tadashi Takaoka presented Magical Startups’ business philosophy. Among other things, he spoke about their criteria for investing in startups, such as complementary team skills (“at least one developer!”), international market potential, and the importance of sales for validating a business model. In the second part of the event, it was HIIG’s turn. In several short presentations, Osvaldo, Martin, Max, and Lies presented the institute, the startup clinics and the video-platform knowledge base, as well as their individual research projects. In the third and last part of the day, several South-American investors gave a reverse pitch to attract startups to apply. After this, there was ample opportunity for networking, and many business cards were exchanged. For an impression of the event, take a look at this video.

The second milestone was the academic conference hosted by the Universidad de Chile, in collaboration with our institute. Together with the Chilean academia and the public sector, Rüdiger and Osvaldo discussed the future of public administration in the digital era. The contributions of the representatives of the Chilean Ministries of Economics, of Health, of Foreign Relations and the Supreme Court gave us a privileged insight into the current Chilean administrative dimension. As a result, our institute was invited to join the newly established research program “Digital Public Law & Administration” (Universidad de Chile) and bring in its focus on digital public administration in the southern hemisphere.

In the following days, Martin and Max conducted a number of interviews with several incubators and accelerators as well as political actors, e.g. Startup Chile and Corfo, to get more insight into the Chilean startup ecosystem. Preliminary findings show that, because of a general lack of follow-up investments, sales are a key success factor in Chile. (The interviews will be analyzed further and result in a research paper.) Furthermore, Lies had a meeting about the conditions for starting a game incubator in Santiago. Of course, we have also been in contact with further researchers. One particularly interesting discussion took place with the research department of economic development and innovation at the University de Desarrollo (UDD), regarding topics such as Big Data, Internet of Things and Smart City.

The demanding but highly fruitful week ended with a Chilean barbecue organized by Magical Startups.

Hereby we’d like to render many thanks to Corfo, Magical Startups, Prof. Salvador Millaleo from Universidad de Chile and Osvaldo Saldias for facilitating and organizing this magnificent trip. We are sure it will yield further cooperation between Santiago and Berlin! 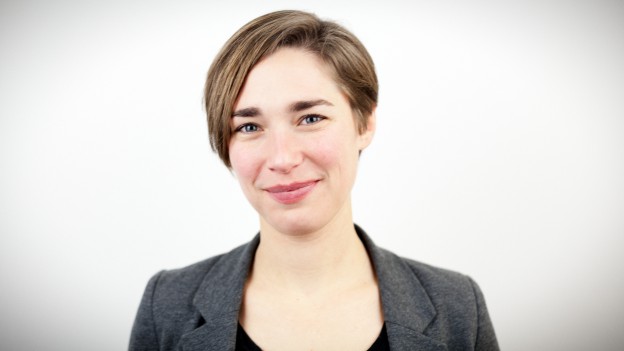