For the past decade, many colleagues in media and communication studies have used the term ‘platform’ to theorize the technological, economic, and/or socio-cultural constructions designed to organize both online and offline interactions between users. Gillespie’s seminal article on the politics of platforms (2010) was the first to critically investigate the ‘platform’ as a sweeping common denominator. Anne Helmond (2015) launched the term ‘platformization’ to signify the transformation of the web into a collection of interconnected APIs that allow platforms to more easily collect data beyond themselves. More recently, my colleagues Thomas Poell, Martijn de Waal and myself have broadened ‘platformization’ to include not just the technical transformation of the web, but also connect economic, social, and political perspectives that inform its ‘logic’. As we argue in our forthcoming book, The Platform Society, the global assemblage of networked platforms and their underpinning mechanisms strongly affects the (re)organization of societies and industries.

In his recent blog article, Tarleton Gillespie emphasizes why the ‘platform’ metaphor is at once inevitable and misleading. While the term highlights certain aspects of online services (equality, openness, sturdiness), it dangerously downplays others (they are not flat, they are populated by diverse communities, and elude questions of responsibility). Perhaps the problem with ‘platform’ is that the term is no longer regarded a metaphor. Tarleton does not want to jettison the platform metaphor altogether, arguing: ‘We need not discard the term, just to swap in another metaphor in its place.’ I could not agree more. So, let me attempt to pick up the challenge in this article and test a counter-metaphor – an alternative understanding of a common image in order to highlight heretofore invisible aspects of the phenomenon at hand. (I warn you, though: I will not succeed.)

Not a level playing field

First of all, we need a metaphor that somehow refutes the platform’s connotation of ‘openness’ and ‘equality’. The online world is not a level playing field: some platforms are more equal than others. There is a difference between what we could call ‘infrastructural’ information services from others. Many infrastructural services – but not all – are owned and operated by the Big Five tech companies (Alphabet-Google, Facebook, Amazon, Apple and Microsoft). They form the heart of the online system upon which many other ‘layers’ of platforms can be build. Infrastructural services include search engines and browsers, data and cloud servers, email and instant messenger services, social networking services, advertising networks, app stores, payment systems, identification services, data analytics services, video services, streaming music stores, geospatial and navigation tools, and a growing number of other services.
These infrastructural information services function as online gatekeepers through which data flows are managed, processed, stored, and channeled; some have argued they function more or less as utilities or ‘superstructures’ because they provide a crucial yet dynamic and ever-changing foundation upon which other apps can be build (Andersson Schwarz, 2017). Plantin, Lagoze, Edwards & Sandvig (2016) raise the question whether these central nodes operated and owned by a few ‘builders’ should be considered platforms, infrastructures, utilities, or all three at the same time. The quintessence of their argument is that all infrastructural information services are becoming ‘platformized’, while major platforms are turning into essential infrastructures or even utilities.

A taxonomy of platforms

Thousands of platforms are ‘stacked onto’ this infrastructural core and have become more or less dependent on them to profit from its network effects. For instance, Airbnb embeds Google Maps as a standard feature in its interface; it also incorporates Facebook and Google+ identification services to ‘clear’ hosts and guests. Spotify’s services run on Google Cloud and Netflix is dependent on Amazon Web Services. Public and nonprofit platforms often rely on Facebook or Google for their login facilities, search ranking visibility, and most importantly, to reach substantial groups of users. Distinguishing between ‘infrastructural’ services and other platforms is far from trivial. It is important to provide a refined taxonomy of platforms to show how some information services are shaping societal order.

Any attempt to spell out such a taxonomy of platforms makes one aware of the term’s slippery meanings. What exactly is the function of a platform: can it be characterized as ‘tech infrastructure’ (utility), does it provide ‘a connective service’ (connecting supply and demand) or is it a sectoral service? Can a platform be held responsible for products or services it connects but does not ‘produce’? For online businesses, there is a lot at stake in maintaining a vague, elusive cluster of concepts around ‘platforms’ and ‘operators’ as ‘connectors’ of ‘users.’ Uber denies it is a taxi service—a case that is currently tried in the European Court; and Facebook has long refuted responsibility as a ‘media company’ even though it is responsible for distributing almost half the news in the US.

A precise taxonomy of platforms, which is so far lacking, could be used to help guide legislators in updating their regulatory frameworks, for instance with regards to antitrust or competition law. More generally, it could help politicians and governments decide what responsibilities tech companies carry vis-à-vis their online services and products.

To dissect the now common term platform, which often positively connotes ‘innovative disruption’, we need to come up with a new and powerful image that highlights the unequal nature of the global platform constellation. Here is my imperfect attempt: the platform as pizza.

If the platform were a pizza, the pre-baked pizza crust would be made in the USA, most likely by the Big Five companies, and exported to the world for everyone to finish into a full-fledged pizza. The crust would contain a number of ingredients, including flour, salt and sugar, surely defining the taste of the finished product. Baked into the crust would be a value system that privileges proprietary data, commodification mechanisms, and personalization. Pre-baked crusts can be imported anywhere in the world to be turned into ready-made pizzas or other products. Toppings can be added by all kinds of individuals, organizations (for-profit, nonprofit), and governments. Different kinds of toppings could be stacked onto the pizza crust and could be combined to accommodate idiosyncratic tastes. For instance, cheese and tomato sauce could first be added as ‘connectors’: they connect the crust with the subsequent toppings. Pepperoni, mushrooms, seafood, bell peppers or any other kind of topping represents the sectoral layers added onto the basics. The pre-baked dough has become indispensable as a foundation for professional and amateur chefs around the world to prepare their culinary products; indeed, they can be very creative in preparing customized pizzas tailored towards everyone’s taste. Although pizzas are often sold by the variety of toppings we can put on top, they are invisibly standardized by certain mechanisms. Pizzas come nearly always on round plates, they are meant to be sliced in standardized portions and the pizza crust almost begs for standard toppings that make them so popular around the world.

Each metaphor is limited. What’s your take?

The metaphor highlights some aspects of platformization, but, like any metaphor, it is rather inadequate in other respects. For instance, the pizza made of crust and toppings helps explain the hierarchical difference between ‘infrastructural’ and ‘sectoral’ platforms stacked onto each other, but it does little to elucidate the power asymmetry between the ‘base’ and the stacked ‘toppings’. And while the pizza metaphor rightly emphasizes the endless dynamic between platform operators, users and (personalized) services, it is also limited in scope. For instance, the influence of platform mechanisms structuring user activitiy goes much deeper than the ‘standardization’ of round pizzas and slices. The platform as pizza is not nearly as powerful as the widely distributed concept of McDonaldization. After all, people do not have to eat pizza for breakfast, lunch, and dinner.

Food metaphors, perhaps, are always tricky when deployed to elucidate something that is more than a gastronomic concept. The complexity of platforms as technological, political, social and economic entities is what makes it so difficult to catch them in a single simple metaphor. Counter-metaphors are important and potentially powerful. But what would make a stronger image to explain the constellation of platforms that has emerged in our online space? Any suggestions from readers are much appreciated! 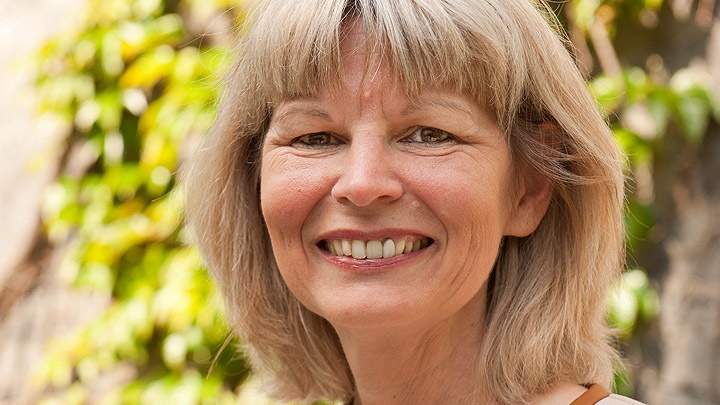 Member of the Academic Advisory Council