Imagine, if you can, a period long before today’s internet-based connectivity. Imagine that, in that distant time, the populations of every country were offered a new plan. The plan would involve linking up every space of social interaction, most sites of work, a large proportion of private moments of reflection, and a significant proportion of family interactions.

Once linked up miraculously, all these diverse spaces of human life would be transposed onto a single seamless plane of archiving, monitoring and processing.

This link-up, those populations are told, would have some remarkable consequences. Each one of those once separate sites could be connectable in real time to every other. The contents of what went on there would become linkable to and from everywhere.

Less good perhaps, every site would, in principle, be monitorable from every other and would be so monitored by institutions with the appropriate infrastructure. Better, perhaps, this seamless plane of connection would provide the basis for building new types of knowledge about the human world, which would never before have been linked as a totality in that way.

Can we imagine those populations accepting such a proposal without hesitation? Probably not. Yet this, in crude outline, is the world we are being asked to celebrate today.

Over the past 30 years, shifts in our communication infrastructures have enabled large-scale attempts to reshape the very possibilities of social order in the interests of market functioning and commercial exploitation.

Some see this as a new “surveillance capitalism”. This is focused on data extraction rather than the production of new goods, thus generating intense concentrations of power over extraction and threatening core values such as freedom.

I agree, but how does this threat work exactly? And what might be the “price” of this transformation along dimensions that economists cannot count?

The new infrastructures of connection

When I highlight the price of connection, it is not connection itself that is the problem. It is what comes with connection, in particular its infrastructure of surveillance that comprises the Faustian bargain we need to evaluate.

Surveillance capitalism only became possible through the development of the internet. While the internet is often credited with bringing freedom, its most important feature is connection, not freedom.

The internet changes the scale on which human beings are in touch with each other. The connectability of all packets of information, all sites from which we access the internet, and all actors in that space – soon to be expanded into the domain of the “internet of things” – creates a two-way bargain: if every point in space-time is connectable to every other, then it is susceptible to monitoring from every other.

Deep economic pressures are driving the intensification of connection and monitoring online. The spaces of social life have become open to saturation by corporate actors, directed at the making of profit and/or the regulation of action. As Joseph Turow writes:

… the centrality of corporate power is a direct reality at the very heart of the digital age.

For more than a decade now, the difficulty of targeting messages at particular consumers online has driven advertisers to reach audiences through the continuous tracking of individuals, wherever they are online.

Online platforms, in spite of their innocent-sounding name, are a way of optimising the overlap between the domains of social interaction and profit. Capitalism has become focused on expanding the proportion of social life that is open to data collection and data processing: it is as if the social itself has become the new target of capitalism’s expansion.

The primary business model of the internet is built on mass surveillance.

So what are the costs of this for social life?

It’s puzzling we are not already more angry about this transformation. We never liked mass surveillance in its historic forms. When we watch The Lives of Others, a film about former East Germany, we feel compassion for the lonely operative condemned to a life (of watching the lives of others) that both he and we know is profoundly wrong.

So how can a whole infrastructure of surveillance that was, elsewhere, so obviously wrong suddenly become right, indeed celebrated, when instituted by start-up companies on the American West Coast?

One explanation is that this surveillance does not appear to us as an end in itself, but as the necessary means to a supposedly much larger good. Health is just one area where individual submission to continuous external surveillance is regarded as positive. The benefits of interpreting (and so necessarily gathering) big data are often presented as clear: “a revolution in self-care” which “actually keep[s] somebody safe and feeling good”.

Gary Wolf, guru of the Quantified Self movement, wrote:

Automated sensors … remind us that our ordinary behaviour contains obscure quantitative signals that can be used to inform our behaviour, once we learn to read them.

So our lives are now seen as always already “data”.

The result can seem comforting. The Guardian recently reported an in-car observation device for young drivers that insurers are offering as part of a deal on reduced premiums. The headline in the print edition was:

A helpful spy behind the dashboard is a young driver’s new best friend.

At work here is a restructuring of social relations around data collection that is as profound as the building of long-distance networks on which the market structure of industrial capitalism depends. As that period’s great historian, Karl Polanyi, put it, the creation of new markets requires “the effect of highly artificial stimulants administered to the body social”.

Today, social stimulation is not needed to create networked markets – they have existed for 200 years or more – but to link every social activity into a datafied plane, a managed continuity from which value can be generated.

There is something deeply wrong here, but what exactly? The problem goes deeper than the risk of ruthless corporations abusing our data: probably most of us trust Facebook some of the time.

A deeper problem emerged in the wake of the Snowden revelations about the US National Security Agency (NSA) and, in the UK, GCHQ’s interception of commercial data streams. Quentin Skinner noted:

The problem is not so much someone reading my emails, but the collection of metadata. In any case, if the mere existence of such power contradicts liberty, why were we not already offended by the commercial power to collect data on which powerful nation-states were merely piggy-backing?

The answer is that surveillance capitalism threatens an aspect of our freedom so basic that we are not used to defending it. Curiously, it is the German philosopher Hegel who can help us to identify where the problem might lie.

Like Kant, Hegel believed that the greatest good was free will, but he went further in clarifying what freedom might involve. For Hegel, freedom is impossible without the self having some space of autonomy where it can be in a reflective relation with itself. As he put it:

… freedom is this: to be with oneself in the other.

Here the self is not isolated, but endlessly being mediated through the world: the world of other things and people, and of its past self and actions. But it can be free if it comes to grasp such processes as its own – related to its goals and not those of others. It is just this that becomes harder to sustain under surveillance capitalism.

In a world where our moment-to-moment existence is already being tracked and (according to some) better understood by external data-processing systems, the very idea of an independent space of subjectivity from which one can have “freedom” collapses.

Corporate power is already “closer” to the subject than other humans or even the subject’s past self. This “other” – an external system with data-processing capacities far beyond those of a human brain – is not the “other” Hegel had in mind when defining freedom.

For some, nonetheless, the benefits of playing with the tools of surveillance capitalism still seem to outweigh the costs. But we are beginning to sense the ethical limits of capitalism’s new game.

When does our submission to measurement hit against something we must protect as “ours”?

It is not enough just to disconnect. What’s needed is more collective reflection on the costs of capitalism’s new data relations for our very possibilities of ethical life.

All social struggle starts with the work of the imagination, so which vision do you prefer? Is it Wired cofounder Kevin Kelly’s vision of “technology stitching together all the minds of the living … the whole aggregation watching itself through a million cameras posted daily”? Or are we entering, to quote W.G. Sebald, “a silent catastrophe that occurs almost unperceived”?

Whichever vision you prefer, what is being built is not what we have known as freedom: and that is a choice whose price we cannot avoid.

Nick Couldry is Professor of Media, Communications and Social Theory at the London School of Economics and Political Science. This article is republished from The Conversation under a Creative Commons license. Read the original article. 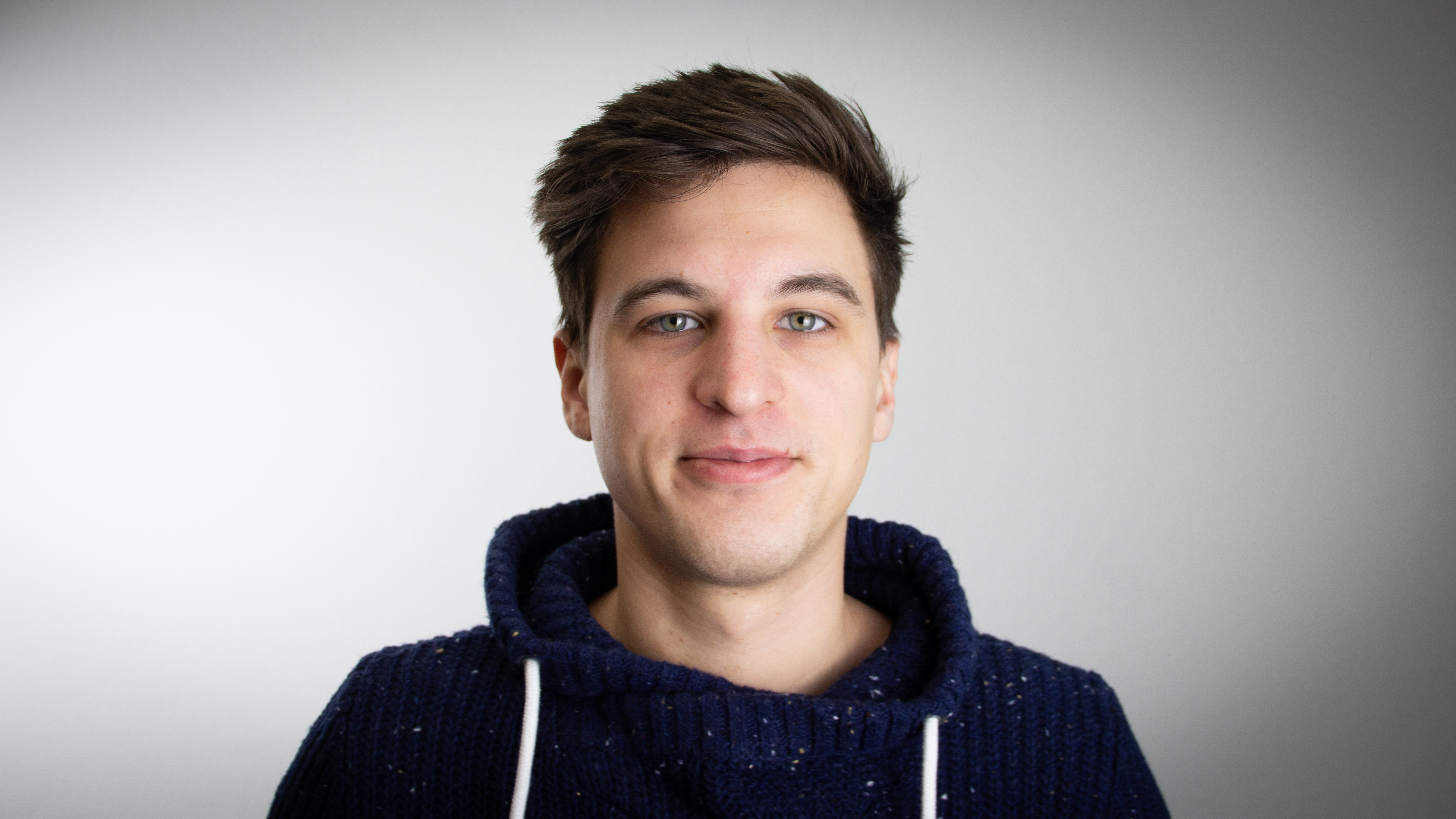